What To Expect From Boston Bombing Trial's Closing Arguments 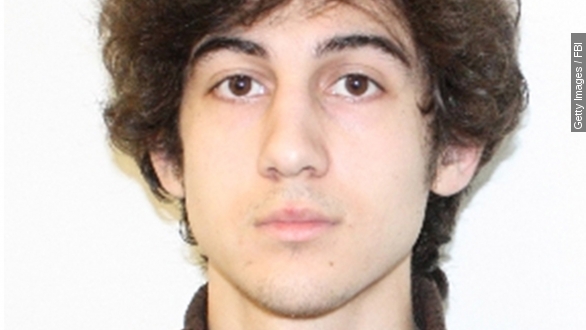 According to The Christian Science Monitor, employing a Svengali defense might require "a deep exploration" of Tsarnaev's "personal history and psychology."

Closing arguments for the trial of Boston Bombing suspect Dzhokhar Tsarnaev start Monday, and his legal team is expected to go for a so-called "Svengali" defense.

Now Tsarnaev's defense attorney, Judy Clarke, never attempted to maintain her client's innocence in the 2013 attacks, instead saying "It was him" in her opening statement last month.

But Clarke has tried to keep focus on why Tsarnaev carried out the bombings. In a classic Svengali defense, Clarke is alleging her client was pressured into participating in the attacks by his brother, Tamerlan Tsarnaev.

"Svengali" comes from the 1895 novel "Trilby" by French writer George du Maurier — in which the character Svengali manipulates and controls a young English girl.

A law professor told the Boston Herald "The defense will ... say there are no excuses and that Tsarnaev feels terrible about it. But they'll come back to his motive was following his older brother."

The New York Times reports juries have been found to show mercy in other cases after seeing a defendant accept responsibility.

Attorneys used it over a decade ago when representing Beltway sniper Lee Boyd Malvo who in 2002, along with an accomplice, killed 10 people in the Washington, D.C. area. Instead of getting the death penalty, he was sentenced to life in prison. (Video via WJLA)

On top of that, Clarke has kept many of her high-profile clients from receiving the death penalty, including Unabomber Ted Kaczynski and Susan Smith, the South Carolina woman who drowned her children in a lake.