What To Expect During The 2nd Democratic Presidential Debate 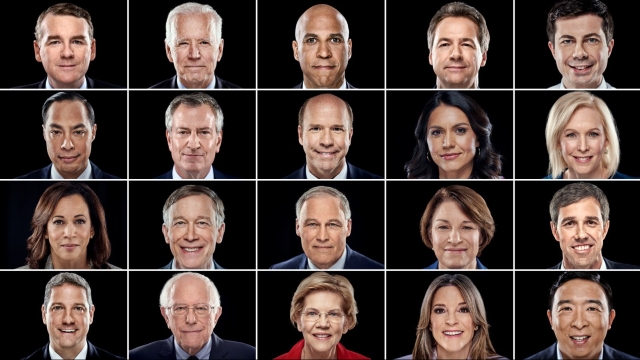 Twenty Democratic presidential candidates are getting ready to go toe-to-toe with their competitors on live TV.

The second round of debates will be broadcast from Detroit on July 30 and 31. After NBC took some criticism for the split during its debate, CNN took steps to ensure the top-, middle- and bottom-tier candidates were equally divided between the two nights.

The top-tier candidates Tuesday night are Sanders and Warren, who are effectively tied for second place in the polls. They're also two of the most liberal candidates in the race, which could put their progressive policies in a head-to-head matchup.

Night one will be the first, and possibly only, debate appearance for Bullock. Montana's governor didn't qualify for the first round on NBC, and the qualification bar for the September debate is higher. Candidates must have 130,000 unique donors and reach 2% in at least four polls. Bullock's national polling average is less than 1%.

Biden is still the clear front-runner in the polls, and he headlines Wednesday night along with Harris. Race was the key issue that pitted those two against each other during their first debate matchup, and it could become an issue again. Night two's presidential contenders are notably more diverse that night one's.

Beyond race issues, the issue of criminal justice reform could spark some fireworks. Booker has made that a central issue in his campaign, and he's openly criticized the former vice president, calling Biden the "architect of mass incarceration." Biden's team is already on the defense, calling out some of the local policies Booker had in place while he was mayor of Newark.

With 10 candidates on stage each night, it's expected that there will be some jockeying for additional mic time. But CNN said any candidate who repeatedly interrupts others will have his or her time reduced.