What The Warriors' Streak Means For Their Finals Chances 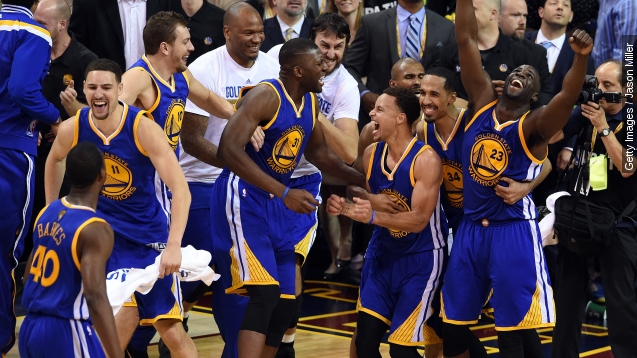 The Golden State Warriors have been on a roll. Led by reigning MVP Steph Curry, they've tied the NBA record with 15 straight wins to open the season. (Video via Under Armour)

The champs have used a lethal small lineup that substitutes out the larger, slower players in favor of smaller, more skilled ball handlers, and the rest of the league just can't keep up.

"All five guys can grab the ball and go. And they share it, and they run, and they play at a fast pace. And it's impossible to match up against," ESPN NBA analyst Tom Penn said.

But can all the success in a regular season translate to a championship? Maybe.

The only other NBA team to start off the season winning 15 in a row was the 1993-94 Houston Rockets. They capitalized on Michael Jordan's decision to go play baseball and secured not one but two straight championships.

The 1949 Washington Capitals matched that same total back in the pre-NBA days of the Basketball Association of America but lost in the finals. So being the dominant team in the regular season doesn't necessarily translate to a championship, no matter the sport. Just ask the New England Patriots.

In 2008, the Pats made it to the Super Bowl on the heels of a 16-0 regular season but lost a shocker to the Giants, courtesy of David Tyree's helmet catch.

The only NFL team to pull off a perfect season and win a Lombardi trophy was the 1972 Miami Dolphins, but they had a bit of an easier time with only 14 regular season games.

It's been much tougher for baseball teams with hot starts to keep it going over the long season. The 1982 Atlanta Braves and the 1987 Milwaukee Brewers started their seasons 13-0, but neither was able to reach the World Series.

So sports history proves the Warriors' record start doesn't guarantee back-to-back titles, but with the way they're playing, it's tough to bet against them.