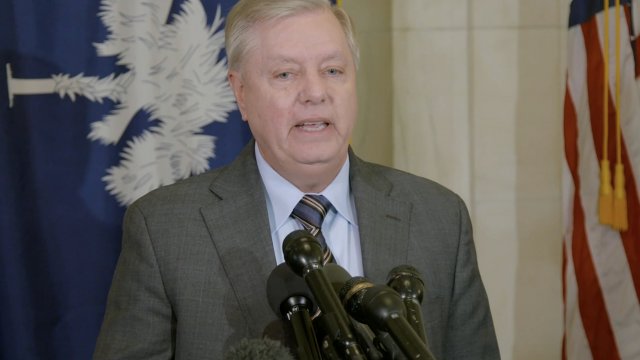 With two articles of impeachment coming out of the House of Representatives, the action now moves to the U.S. Senate. That's where the President Donald Trump will stand trial. Senators become jurors. The question for them is whether to convict the president of impeachment and remove him from office.

The Senate trial will likely get underway after the new year. By law, the Senate is required to hold a trial even if there’s an expected outcome, and all other legislative business must stop during the proceedings.

Chief Justice of the Supreme Court John Roberts will sit atop the dais, presiding. The Senate is not likely to hear from any witnesses. Republicans shot down Democrats’ request to call White House acting Chief of Staff Mick Mulvaney and Former National Security Advisor John Bolton.

The White House would have a legal team represent President Trump in his defense. Democrats must decide who will present the case against him, serving as “impeachment managers" -- people like Intelligence Chairman Adam Schiff, or less prominent House members like Pramila Jayapal or Eric Swalwell. Republicans want to keep the trial short. It’s almost certain to end with the Senate acquitting the President along party lines.

"It appears leader McConnell, after going on Fox News, has already made up his mind about the Senate impeachment trial. It’s clear that Senator McConnell wants to use the Senate to help participate in a cover up," said Senate Minority Leader Chuck Schumer.

"Well I think there’s a lot of things regrettable about all our conduct, mine included, but we’re not going to impeach people because we have disagreements," said U.S. Senator Lindsey Graham.

Like President Clinton, President Trump would get to keep the job, though he would go down in history as one of just three impeached presidents.