What The Queen's Absence At State Opening Means For Britain's Future 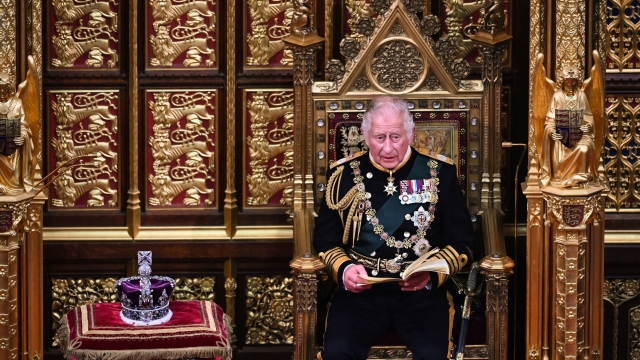 For the first time, Prince Charles — not Queen Elizabeth — led the state opening of Parliament, giving a glimpse of the future. The monarch missed as she is suffering from what her doctors describe as episodic mobility issues.

The State Opening is one of the biggest Constitutional moments for the head of state, and the queen hasn't missed one for 59 years. The monarch is responsible for reading out the government's intentions for the new parliamentary session.

Prince Charles was a last minute stand-in for his mother.

"We may see more moments like this when she cannot put on a public appearance, and that's why she has appointed, through letters patent, Prince Charles and Prince William to act on her behalf as Counsellors of State, and that’s all provided for in the law, it’s in the Regency Act of 1937 – so it’s by no means unprecedented," said Robert Hazell, professor of government and the constitution at University College London.

The queen recently met with members of the public in what is her platinum jubilee year celebrating 70 years on the throne, but she's increasingly been taking a backseat.

"This is not a royal Shakespeare company production of the latest monarch play," said Sir Anthony Seldon, a contemporary historian. "This is real history. This is what’s happening now, and she doesn't want to give up, she doesn't think it’s her job or her duty to give up – she’ll keep going until she drops but clearly she couldn't do today and it was significant."

It’s a huge year for the queen and the royal family as a whole, as they adjust to what has become a very evident transition of responsibility from Queen Elizabeth to the future King Charles, with many in Britain crossing their fingers that his mother will be able to attend her Jubilee celebrations next month.