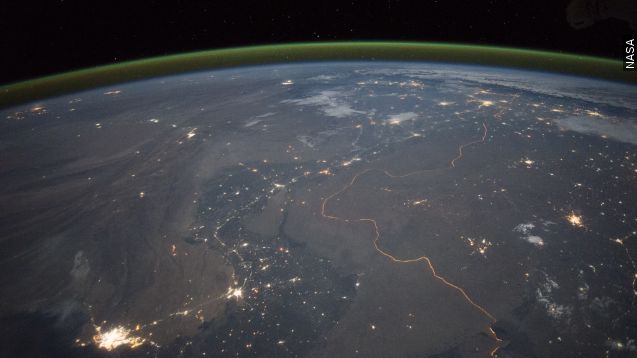 You can see the rivalry between India and Pakistan from outer space. (Video via Indian Army)

An astronaut on the International Space Station took this picture. The bright orange line shows some 150,000 floodlights along the border.

India and Pakistan have been rivals since British India was partitioned in 1947. (Video via British Pathé)

Three wars between the two countries have left 15,000 dead. (Video via Indian Army)

The nuclear-armed neighbors aren't currently at war, but cross-border firing is common, especially in the disputed Kashmir region. (Video via Indian Army)

The India-Pakistan divide is one of the few international boundaries that can be seen from space.

This video includes images from NASA and music from Kevin MacLeod / CC BY 3.0.