What Scooter Braun's Acquisition Of Taylor Swift's Back Catalog Means 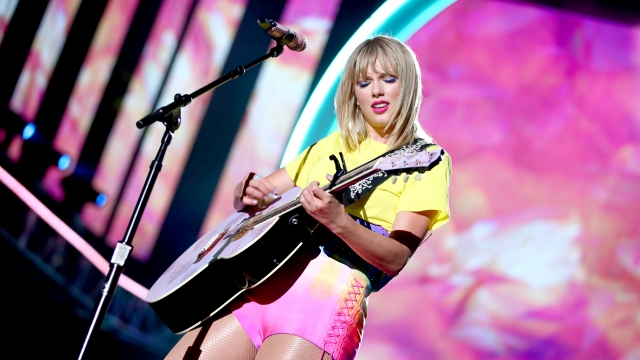 Talent manager Scooter Braun now owns the master recordings for the majority of Taylor Swift's music through his acquisition of her old record label.

Thanks to the acquisition of Big Machine Label Group, Scooter Braun — manager to stars like Ariana Grande, Justin Bieber and the Black Eyed Peas — now owns the master recordings for the majority of Taylor Swift's music.

But what exactly does that mean? First, a master recording is the original sound recording of a song. All subsequent copies of the tune — whether they're on CDs, Spotify, iTunes, etc. — come from that original recording and are licensed by whoever holds the master rights.

It's pretty standard for an artist to sign away those rights to their record label, especially when they're first starting out in the business. This was the case with Swift, who signed with Big Machine Records when she was just a teenager.

While under that contract, Swift released six albums — all of which Big Machine owned the master recordings for. But since that ownership has now transferred to Braun, anyone who wants to license one of Swift's old songs to use in a movie, a video game or in an advertisement needs to get his permission and pay him a fee.

In a Tumblr post, Swift called Braun's acquisition of her back catalog her "worst case scenario," accusing him of bullying her for years. For a little context, he used to be Kanye West's manager. Swift also said that she'd previously tried to get the rights to all her past studio albums, but that she didn't find Big Machine's terms to be acceptable.

Swift does have some say over what's done with those tunes though, since she has the publishing rights from either writing or co-writing all of them.

Those rights have not changed, so it's worth noting that Swift's control over the music she made prior to 2018 did not change one bit with this acquisition.

When Swift switched record companies last year, the deal she signed with Republic Records allows her to own her master recordings from here on out. Rihanna, Jay-Z and Frank Ocean are some of the few other artists who've managed to acquire some of their master rights back from their record companies.

There is an avenue for Swift to gain ownership of those rights for her first six albums — but it's going to require a bit of waiting. That's because a clause in the Copyright Act allows artists to recapture the rights to their master recordings 35 years after the song or album is released.

That means Swift can begin reclaiming her work, starting with her self-titled debut album, in 2041.