What Special Treatment For 'Power 5' Leagues Means For NCAA 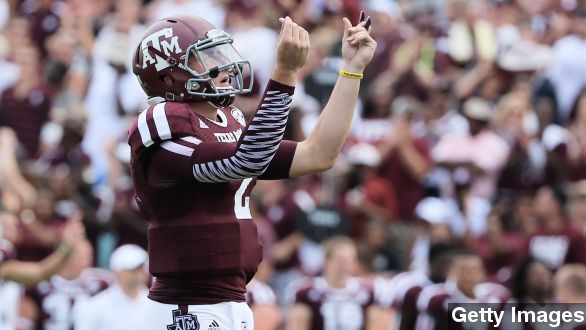 SMS
What Special Treatment For 'Power 5' Leagues Means For NCAA

By Matt Moreno
August 6, 2014
The SEC, ACC, Big 12, Big 10 and Pac-12 could be getting much more freedom from the NCAA's strict rules.
SHOW TRANSCRIPT

According to a report by The New York Times, an NCAA proposal to allow the association's top five power conferences to have more freedom is "expected to gain preliminary approval Thursday" from the NCAA's Division I steering committee.

The NCAA has long been the source of criticism by others who feel the league is making billions off of college athletes that aren't paid. (Via Getty Images)

While this deal doesn't goes as far to say schools can pay their athletes, it does give the top conferences more freedom. Which, for those on the outside looking in, could be an issue.

A writer for the Detroit Free Press says it would bring about "major problems."

"Giving football and basketball players a couple more meals a day at the team training table or $50 a week in pocket money won't curb the insatiable desire of the 'Big Five' conferences to demand even more."

But American Athletic Conference Commissioner Michael Aresco doesn't feel like this deal would be a negative for the AAC, which isn't amongst the power conferences. (Via University Herald)

Speaking at AAC media days, he said: "We hear that the new NCAA governance system ... will cause us somehow to be left behind ... that we will not be able to keep up and compete. I don't buy that for a minute, and what we did this year proves it." (Via Getty Images)

Aresco was likely pointing to the fact that two AAC teams — the UConn men's and women's basketball teams — won national titles this year.

Still, Fox Sports points out none of this means those power conferences will be breaking away from the NCAA anytime soon. "While commissioners like the SEC's Mike Slive have made veiled threats along those lines, their more modest goal all along was greater flexibility within the current structure. This proposal would grant that."

For more information on exactly what Thursday's decision will mean, you can find it on the NCAA's website.