What's With Facebook's Foray Into Health And Wellness? 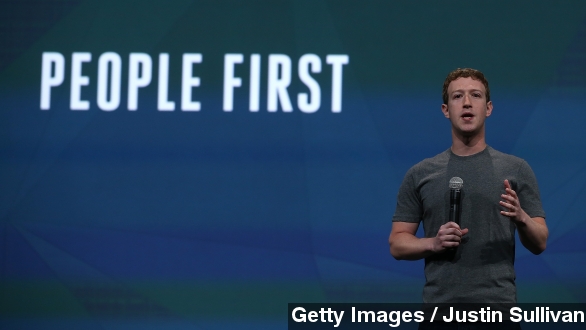 SMS
What's With Facebook's Foray Into Health And Wellness?

By Christian Bryant
October 3, 2014
Facebook is reportedly working on a health and wellness project, which will put them in an already crowded field.
SHOW TRANSCRIPT

The past few days could be described as Facebook's week of contrition — company reps apologized to those affected by its flawed "real names" policy and vowed to change its research methods after using controversial methods to conduct a study on emotions.

But an exclusive report from Reuters Friday revealed some positive news for the network and potentially its users, saying the social media network could be jumping into the health and wellness industry.

The report cites information from three anonymous sources who said the company is working on online support groups for Facebook users who suffer from various ailments and preventative care apps.

So, why is Facebook planning to join an already crowded field of available mobile health services?

For one, Facebook has tried, and has had some success, with health-related projects, like its push to have users share their organ donor statuses. Bloomberg reported in 2013 that project "helped boost the number of people who registered as donors 21-fold in one day."

Around the same time Facebook first encouraged organ donation, founder Mark Zuckerberg said he and his wife, Priscilla Chan, a medical student, often talked about healthcare — so maybe the venture has some personal significance.

Finally, the move into health and wellness could be potentially lucrative for Facebook. The Washington Post writes, "There's ... a lot of money floating around the healthcare industry — an estimated $3 trillion worth."

But the success of this new project ultimately depends on how much users trust Facebook with their information, especially after the network's emotions study, which some argue used Facebook users as test subjects without their consent.

Frank Williams, chief executive of Evolent Health, told CNET for Facebook to be successful, "people would need anonymity and an assurance that their data and comments wouldn't be shared with their online contacts, advertisers, or pharmaceutical companies."

Details about the health and wellness venture are limited, but Facebook could reveal more details at the 2014 Mobile Health and Innovation Conference Thursday.