What's Up With Saudi Arabia's Diplomatic Spat With Canada? 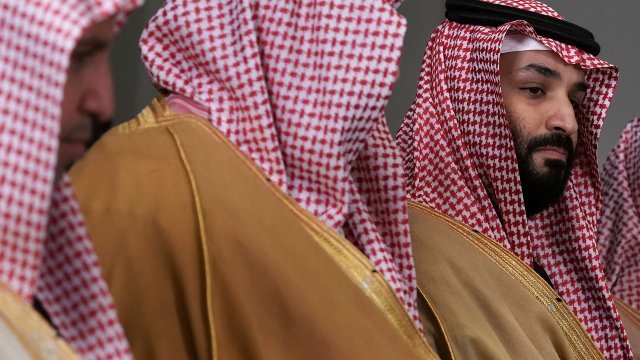 SMS
What's Up With Saudi Arabia's Diplomatic Spat With Canada?
By Jake Godin
By Jake Godin
August 9, 2018
Saudi Arabia has kicked out Canada's ambassador, froze all new business deals and investments and told its exchange students to leave.
SHOW TRANSCRIPT

Canada and Saudi Arabia are really going at it.

So why are diplomatic tensions ratcheting up between Saudi Arabia and Canada — a country that really isn't known to ruffle a lot of feathers?

It started with a tweet from Canada's foreign minister in which she harshly criticized Saudi Arabia for imprisoning civil rights activists. Pretty standard in terms of international politics.

But Saudi Arabia's response was unexpected. Not long after Canada's statement, the country declared Canada's ambassador to Saudi Arabia persona non grata, put a freeze on all new trade and investment with Canada and decided to start pulling its exchange students out.

It was a particularly harsh response given the context. So what gives? 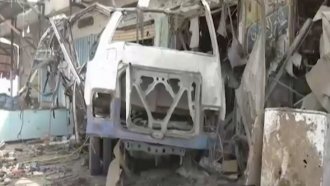 Well, something similar happened with Germany last year and Sweden a few years back. In both cases, Saudi Arabia recalled its own ambassador after being criticized.

A part of the reason for this recent spat may be this man: Saudi Crown Prince Mohammad bin Salman, or MBS.

MBS has been attempting to open up Saudi Arabia with a plan he calls "Saudi Vision 2030". Essentially, he wants to modernize the country and decrease its dependence on selling oil. That includes things like relaxing the country's strict entertainment laws by allowing movie theatres and concerts, enticing tech companies and tourism, and letting women drive.

But he's also refused to budge on other issues, like the protracted war in Yemen, escalating an embargo on Saudi Arabia's neighbors and imprisoning activists like Samar Badawi, who was mentioned in Canada's statement.

Analysts see two possible reasons for this latest escalation with Canada. One, it may be to send a message to other Western nations: Do not criticize us or we will respond with extreme measures. Or, two, it could be a message to those inside the kingdom hoping to effect change from within.