What's The Status Of Wall Construction Along The U.S.-Mexico Border? 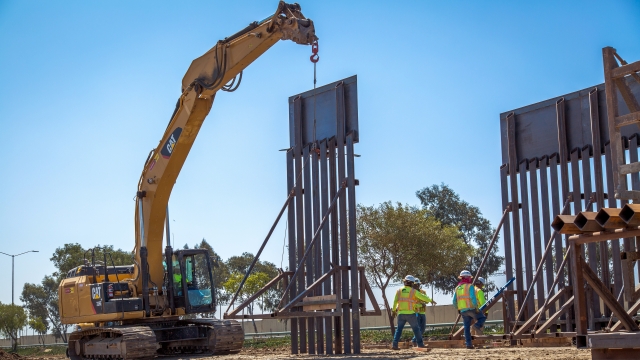 President Donald Trump's national emergency declaration over the border wall took another hit in court recently. So what's the status of construction projects along the U.S.-Mexico border?

The funding at issue in the most recent court ruling is the $2.5 billion of redirected DOD money. The Trump administration wanted to use money initially budgeted for counter-drug operations on border wall projects in the El Centro, Yuma, Tucson and El Paso sectors. The government had already awarded contracts for that construction, but federal court rulings blocked those projects from moving forward.

The administration said in May it had identified enough funding to build 256 miles of border barrier. At least some of that money came from redirected DOD funds, but it's unclear exactly how many miles that money would have funded.

There's at least one section of border wall construction that can move forward unencumbered. That's in the Rio Grande Valley Sector, where Congress approved $1.375 billion to build primary pedestrian fencing.

The Trump administration is likely to appeal the latest court ruling that blocked the redirection of Defense funding.