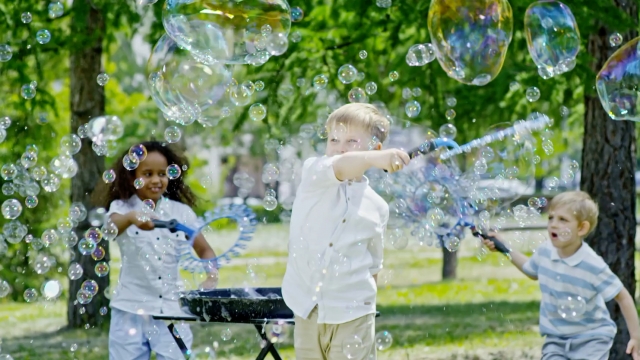 In our series "What's the Risk?" experts weigh in on what risks different scenarios pose for transmitting COVID-19.

When it comes to getting sick with COVID-19, you might be thinking about this, and we have too. Finishia Hutcherson emailed us asking, "What's the risk of letting my kids play outside with or without a mask?"

Their take: Contracting COVID-19 from playing outside is low risk.

"So kids playing outside, especially if they're playing by themselves, with their siblings, people who live in that nuclear family — as we're starting to open up, we are seeing that limited, smaller groups are acceptable there. So if we have a family friend or a neighbor's kid, and then those small group settings, to be able to mingle probably is also OK at that point there. If we are going to a larger public area or you're coming across strangers, then probably the mask in those situations would be more important," Hafiz said.

"So kids living within your household are playing themselves and not coming within six feet of people from other households. So, for example, they're in your own backyard, they don't need to wear a mask outside. If they're in a park or especially if they're on a play structure or something like that, where they're likely to come within six feet of children from other households, a mask will provide better protection in that situation," Dr. Rajapakse said.

If you have a question about your risk, send us a video to whatstherisk@newsy.com. You can see answers to other questions here.