Minneapolis' Schools Ended Their Police Contract. Will Others Follow? 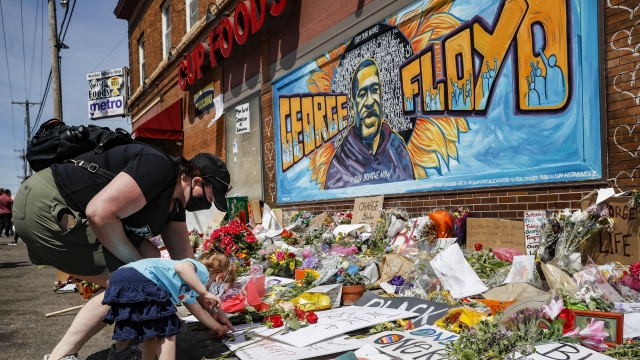 Minneapolis Public Schools recently ended their contract with local police following the death of George Floyd. And now some in other cities want their own districts to follow suit.

“We are seeing more of our students being ticketed at such a young age," Denver School Board member Tay Anderson recently told our sister station Denver7 . "Our schools cannot be ground zero for the school-to-prison pipeline.”

He said he’d like to see money redirected to mental health counselors, and still wants schools to have security — just not armed officers.

The Portland, Oregon, school district recently moved to do just that, and there’s a similar proposal in Rochester, New York. Related movements are happening in Chicago, New York, and Philadelphia, where 17-year-old Kyla goes to school.

“I never really realized that I'm not the only one who feels threatened and uncomfortable around police officers,” she said.

Tamir Harper, 20, is a graduate of the Philadelphia public schools. He says police have no place in schools and has been reimagining school policing as part of his nonprofit advocacy group, UrbEd.

“It often times felt like we're being policed in an environment that we were supposed to be there to learn, and that our own community did not trust us in our community," he said. "As in the school district and administrators and leaders do not trust students inside their schools.”

Many schools have contracts with local police or sheriff’s departments to have personnel known as school resource officers in their buildings. More than 20,000 SROs are estimated to be in schools across the country, and a 2018 study found that two-thirds of high schoolers attend a school with a police officer present.

Police expert Phil Stinson says officers have had a presence in public schools since the 1950s, and numbers began to rise after the 2012 shooting at Sandy Hook Elementary School.

“The reason they're there, quite frankly, is because it reduces fear of crime among parents, among teachers, and among school administrators and school board members," he said. "That's why they're there. And it's a popular program across the country, in many places.”

But he says worries remain.

“Criminologists have been concerned for many, many years, because normal misbehaviors, discipline problems in schools, now often find their way into the juvenile delinquency system, into the court system, because of the involvement of the school resource officers," he said.

Research shows students of color are disproportionately disciplined at school compared to their White peers. And some incidents of aggressive discipline have made headlines after videos of altercations have gone viral.

Mo Cambay is the executive director of the National Association of School Resource Officers.

The group offers training to law enforcement in schools. He says the group has trained more large suburban and rural districts than urban areas over recent years, and is now recommending “transformation as needed” instead of totally getting rid of school programs.

“I would hate to be the school district that makes the decision not to have a professional law enforcement presence in the school and then I wind up with a school shooting event that costs numbers lives," he said. "And I'm not trying to say that to scare anyone. I'm just saying that from the practice.”

According to a 2013 Texas State University study cited by The Trace that looked at 25 school shootings, none were ended by armed staff or police returning fire. The most recent statistics on school violence show there were more than 960,000 "violent incidents" in the 2017-2018 school year.

However, school homicides make up a very small number of them — less than 2% of all youth homicides in the country, according to the NPR reporting project Guns and America.

As for the Minneapolis School District, leaders must release their new school safety plan without police by mid-August.