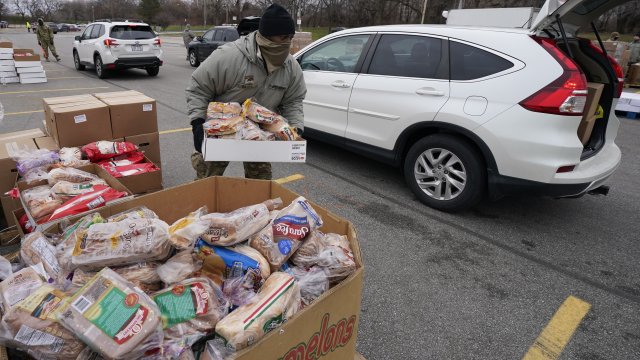 The warnings are all over the internet. And so are the jokes.

But for a lot of Americans, the economic crisis is no laughing matter.

In mid-June, consumer confidence saw its biggest drop in nearly five months, according to an Ipsos-Forbes Advisor survey.

And that was before the Federal Reserve announced its largest rate hike in nearly 30 years as it tries to get inflation under control.

But still — consumer confidence is down in nearly every area compared to earlier surveys.

And less than half of Americans feel confident about job security, with more people knowing someone who has or will lose work because of the state of the economy.

Ipsos found fewer Americans feel like they can confidently invest in their future with interest rates affecting retirement savings.

And there are signs low confidence is sticking around.

A majority expect inflation to keep climbing over the next year, along with their mortgage interest rates, monthly expenses, and taxes. Only 21 percent think their income will go up to match rising costs.

And warnings about an impending recession aren't calming fears.

Strategists from JP Morgan Chase believe there’s an 85 percent chance of a recession. And nearly seven out of ten economists expect a recession in the next year.

Financial experts understand why confidence in the economy is low. But they warn that how consumers react to rising costs is critical in avoiding an economic slowdown.

Because if everyone is stocking up on goods out of fear they’ll be more expensive in the future, inflation will spike even faster.

That’s why the Fed raises interests rates: to get people to even out spending.

There are already signs it’s working. Retail sales slowed in May for the first time all year. Americans are also pulling back on dining out, traveling and other services, according to an analysis from Barclays.

But raising interest rates is a delicate balancing act: Spend too much, and inflation hikes even more. Spend too little and it’ll land us in a recession.

The White House has admitted navigating the country out of this economic turmoil won’t be easy. But economists say there are things you can do to ride out the storm.

Once inflation is back under control, interest rates will likely fall.

That’ll make housing more affordable, bring down the price at the pump and hopefully make it less costly to put food on the table.