What’s Next for Student Loan Borrowers? 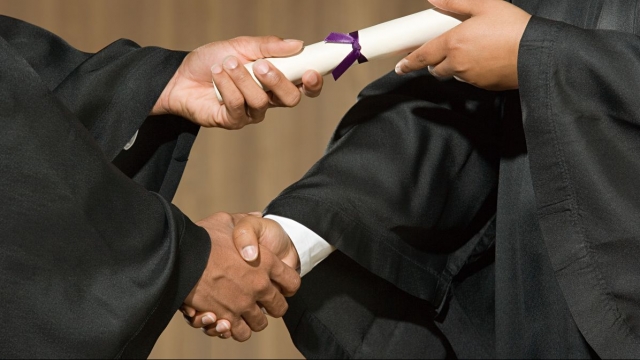 Student loan borrowers didn't see their debt canceled in the latest stimulus package but other provisions have them hopeful. Many are anxious about what happens when a break on payments and interest expires this fall.

Student loan forgiveness is not in the 1.9 trillion COVID relief package signed by President Biden, but advocates are hopeful.

Ashley Harrington of the Center for Responsible Lending said: "It's very stressful for so many people to have this much debt and, for many, to not be making any progress paying it down."

The law does include a broad tax exemption that would cover the discharge of federal and private student debts through the end of 2025. Supporters of loan forgiveness are watching what’s next. So are borrowers.

Mary Beth Smith/Broadway Marketer and Freelance Director said: "My life trajectory was to be pursuing a theater career and so, when these shutdowns happened, it's been very tough."

Mary Beth Smith is a Broadway marketer and freelance director, her income tightly tied to New York’s pandemic shuttered theaters. Her loans are not covered by a current federal pause for more than 20 million borrowers that ends in October.

Smith said: "I still had student loans, student loan payments, and recurring interest, all of that was still intact for me, once COVID shut everything down."

Natalia Abrams of the advocacy group Student Debt Crisis sees widespread debt cancellation, could be a stimulus of its own

"The domino effect has been that when people have high student debt payments - 1000, 2000 per month - they can't buy houses, they can't buy cars, they aren't able to make purchases to help that small business out," she said.

Senate Majority Leader Chuck Schumer is among many Congressional Democrats pushing for President Biden to forgive $50,000 per borrower by executive order.

Sen. Chuck Schumer/(D) Majority Leader: "President Biden has taken some good steps in the direction of student debt, but we think he has to go much further."

But Biden has signaled a preference for Congress to act and for a 10,000 cap framing a debate of 10 versus 50. Critics of loan forgiveness point to studies like a Goldman Sachs analysis that found forgiving 10,000 per borrower would add less than 1/10th of a percent to the U.S. GDP. Others argue more cancellations than that could reward too many borrowers who don’t need help.

Harrington of the Center for Responsible Lending says it could level the playing field for those who do - especially borrowers of color who lean more on loans for their higher education.

She said: "There are so many Black and Brown families who make a "middle-class" income but are unable to live a middle-class lifestyle because their student debt is holding them back from doing all of the things we associate with the middle class - buying a house, starting a business, saving for retirement."