What's Next For Russian Oligarchs In London? 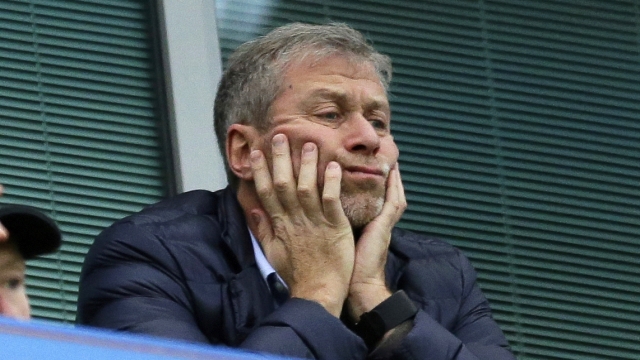 SMS
What's Next For Russian Oligarchs In London?
By Luke Hanrahan
By Luke Hanrahan
March 3, 2022
London has long been a safe haven of sorts for some Russian oligarchs. But after growing public pressure, things are changing.

For decades London has been the Russian dirty money capital of the world.

"Russians legitimize their money by bringing it outside of Moscow away from the Kremlin and also building up a stronger reputation for themselves," financial expert Victoria Scholar said.

It's a place where property rights are sacrosanct, making Britain a secure place to invest.

An estimated $2 billion worth of real estate has been purchased by Russian oligarchs connected to the Kremlin. Kensington and Chelsea is one of the most popular districts for Russians where almost $400 million worth of homes have been bought by people directly connected to Russian President Vladimir Putin.

And not just homes, but soccer clubs too.

"The first club in Europe to become a billionaire's plaything — he claims he's a football fan, other people will suggest for these oligarchs to have their money in different areas and countries can be helpful for them," said Greg O’Keefe, senior reporter at The Athletic.

Russian money has brought unprecedented success to Chelsea, a team made up of some of the highest-rated, best-paid players in the world.

And with oligarchs now under the microscope, Abramovich has put the club up for sale.

But could more be done to cut off the oligarchs from their billions?

The leader of the Labour Party, Keir Starmer, says yes.

"Last week, the Prime Minister said that (Roman) Abramovich is facing sanctions," Starmer said. "He later corrected the record to say that he isn't. Well, why on Earth isn't he?"

Bill Browder, an American-born British financier, has been fighting Russian dirty money for the last decade. He thinks Britain can do more.

"I’ve seen lots of great pronouncements from the government, and they all just fizzle out into nothing when the rubber meets the road, and until I see otherwise I would assume the same will happen here," Browder said.

While more could perhaps be done to close the net on oligarchs, many believe the harrowing images from Ukraine are shifting the ground beneath them.