What's Next for People's Most Beautiful Woman In The World? 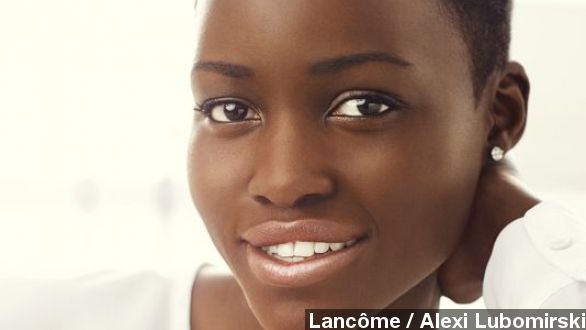 ​Lupita Nyong’o seems to be taking over the world. She’s an Oscar winner and People Magazine revealed her as its “Most Beautiful” woman Wednesday. So what’s next?

Before we look ahead, let’s first look at some of her recent accomplishments: the Yale School of Drama grad announced she signed with premier talent agency Creative Artists Agency, or CAA.

The Hollywood Insider reports, “She became the target of every major agency as soon as she signed on to [12 Years a Slave], but ... postponed taking any meetings not only until after the movie had wrapped but also until well after awards season.” (Via The Hollywood Reporter)

Earlier this month, she was announced as the new face of Lancome.

“Hi! I’m Lupita Nyong’o and I’m incredibly excited to let you know that I am the new ambassadress for Lancome. See you soon.” (Via Instagram / lupitanyongo)

And Hollywood Life says the two are a perfect match. Nyong’o said, “I am particularly proud to represent its unique vision for women and the idea that beauty should not be dictated, but should instead be an expression of a woman’s freedom to be herself.”  (Via Hollywood Life)

From fans to speculators to haters, everyone is dying to know what her next project with be.

There are many reports speculating that Nyongo’s next big gig may be in the upcoming “Star Wars” movie. Yep… Luke Skywalker move out of the way. Ms. Nyong’o is coming through.

But as the Los Angeles Times puts it, “Nearly every actor in Hollywood seems to have done the same.” ​

Point taken. Nyong’o has been tight lipped about her possible next role. But a Forbes writer says she needs to be the star and not in a supporting role, even if it is the multi-million dollar “Star Wars” franchise.

“For many reasons, the new Star Wars movie would be better served with Nyong’o as the star. It should be as much her character story as the original trilogy belonged to Luke Skywalker.”

Interestingly enough, that might not be the only film role in the works.

She may be teaming up with acclaimed novelist and poet Chimamanda Ngozi Adiche — a.k.a. the girl-power, spoken-word artist on Beyonce’s latest track “Flawless.” Adiche hinted towards the “collab” in a recent interview.

“Lupita might be making an announcement sometime soon...I don’t know...It might be about ‘Americanah.’ I don’t know”  (Via Bustle)

But with the avalanche of the good news coming her way, Nyong’o is taking a second to just be happy.

"It’s through inter-contentment and happiness that I care about my presentation.” (Via People)

I guess we will have to stay tuned and play the waiting game to see what will be next for the big star.