What's Next For E!'s 'Fashion Police?' 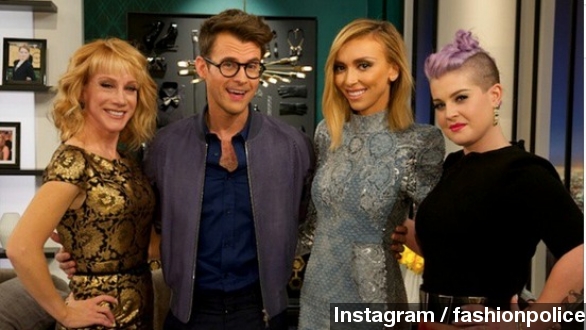 And then there were two. It's been a rough past couple of weeks for "Fashion Police" that have left E! with half of the show's hosts quitting.

Kelly Osbourne left the show just days after co-host Giuliana Rancic made what a remark that many called "racist" about Zendaya's dreadlocks at the Oscars.

In a rather mysterious, but still hard-hitting statement, Griffin said, "I do not want to use my comedy to contribute to a culture of unattainable perfectionism and intolerance towards indifference."

So at the moment the future of "Fashion Police" is looking bleaker than a boring LBD.

Under the helm of Rivers, E! actually lengthened the show from a half-hour to an hour in 2012 after it continuously pulled in more than 1 million viewers each week.

But with the additions of Griffin and stylist Brad Goreski, the show has seen a ratings slump.

After just seven episodes with the new cast, media outlets are saying the show is sinking without Rivers.

Despite Griffin taking the place of the show's comedienne, some, including the hosts on "The View," seemed to think Rancic was trying too hard to crack jokes like Rivers used to.

"Unless you know how to make jokes, don't do it," Whoopi Goldberg said.

An unnamed insider told New York Daily News last month, "Giuliana has been stepping it up and being more aggressive after Joan. She felt like she should have more say-so in producing (the show) than she's given."

E! is still going ahead with the show, despite being down to only two hosts. It announced new episodes would return on March 30th, but didn't mention whether anyone has been hired to fill Osbourne and Griffin's shoes yet.

So it's basically a wait-and-see game. Will the show survive or is it possible that, 'Fashion Police' is a mess of an outfit that can't possibly be sewn back together" just like a writer for Cleveland.com predicts?