What's Next For Commercial Spaceflight After The Crew Dragon Launch? 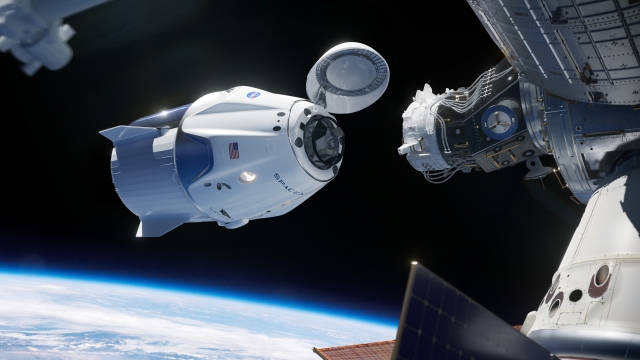 SMS
What's Next For Commercial Spaceflight After The Crew Dragon Launch?
By Tyler Adkisson
By Tyler Adkisson
March 12, 2019
SpaceX has at least one more mission and a good chunk of data to analyze before its capsules are ready for NASA astronauts.
SHOW TRANSCRIPT

SpaceX's Crew Dragon capsule has completed its historic first round-trip, from Earth to the International Space Station and back. This kind of vehicle could be used for crewed space missions as early as this summer, but there's still a lot of work to do before humans can step aboard.

With this first launch, SpaceX proved the asymmetrical Crew Dragon could withstand extreme atmospheric reentry without falling apart or flipping upside down. NASA and SpaceX officials say despite experiencing intense heat and speeds faster than the speed of sound during its descent, the capsule performed as expected and made it down in one piece.

To learn as much as it could about how that descent will affect humans on-board, SpaceX rigged the test flight with measurement devices, including a sensor-filled test dummy named Ripley. Researchers said they didn't expect to find hiccups with the ship's life support systems. 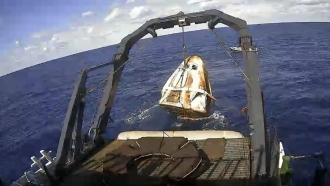 NASA and SpaceX will also need to refurbish Crew Dragon for its next test mission. While most capsules spend about two years getting restored to flight-ready standards, SpaceX crews will attempt to turn Crew Dragon around in only a month. It helps that the spacecraft does not need to be ready for a full orbital flight. Instead, during the flight planned for April, researchers will test Crew Dragon's abort rockets in-flight. They're designed to pull the capsule away from a rocket experiencing a major malfunction.

And all the while, the commercial spaceflight field will get more crowded. Boeing is also expected to test-launch its CST-100 Starliner capsule in April, and both companies have ambitious schedules for carrying astronauts. If all goes well for SpaceX, its first crewed mission could come as early as July 2019. Boeing's is currently scheduled for August.