What's Next Now That The Dust Has Settled In Heard, Depp Trial? 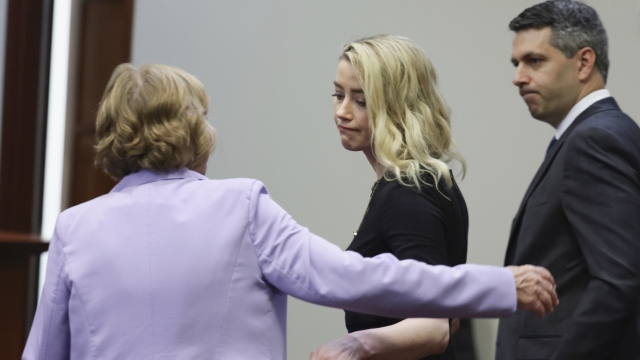 SMS
What's Next Now That The Dust Has Settled In Heard, Depp Trial?
By Casey Mendoza
By Casey Mendoza
June 2, 2022
After a 13-hour deliberation by the jury, Johnny Depp won more than $10 million in his defamation case against Amber Heard.

The dust is settling around the very public defamation trial between actors Johnny Depp and Amber Heard.

A jury awarded Depp more than $10 million in the lawsuit against his ex-wife, but the legal battles between the two — as well as the online speculation about the trial — might not be over yet.

Heard's attorney says they plan to appeal the verdict, arguing that the judge wouldn't allow evidence including Heard's medical records and texts from Depp's assistants, and that the social media frenzy over the trial was biased toward Depp.

More than 118,000 tweets included #TruthWins after the verdict was read, and on TikTok, the #JusticeForJohnnyDepp has garnered 19.5 billion views.

In response to the verdict are also mixed reactions from domestic violence survivors and advocacy organizations.

Some survivors of domestic abuse — particularly men — say they've felt more empowered to speak up about their own experiences, while others say they're worried they could be retaliated against in similar defamation cases.

The CEO of the National Coalition Against Domestic Violence told The Daily Beast she’s worried the verdict could further discourage survivors from seeking support.