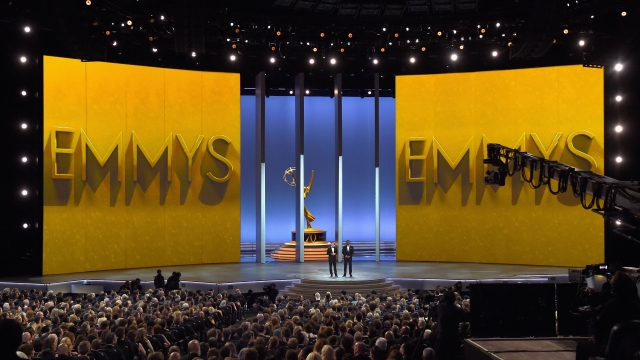 Don't expect to see a whole lot from Fox when the 71st Emmy Awards air on the network later this month.

Now, NBC is the third-most nominated network this year with 58. But it still received 20 fewer nominations than it did in 2018.

It's a trend we've been witnessing for a while now: As cable and streaming shows get more and more nominations (and therefore more awards), broadcast is getting less recognition.

So what's holding broadcast back? For starters, the calendar. The Big 4 networks start most of their shows in the fall.

But the Television Academy considers a year's worth of programming for nominations, so it can be beneficial for networks to get creative with schedules.

For example, Amazon dropped the second season of "Fleabag" less than one month before nomination voting began in June — and it got 11 nominations.

And an FX survey found there were almost 500 scripted series across broadcast, cable and streaming in 2018.

But it's hard for broadcast to add to their numbers since there are only so many hours during the prime-time slot. Networks have to cancel some of their content to make way for the new.

And finally, broadcast networks are held to much stricter FCC regulations than cable and streaming.

That's because the government assumes kids might be watching. So while some viewers might tune in to HBO's "Game of Thrones" for its profanity, boundary-pushing sex scenes or its 6,887 on-screen deaths — none of that would fly in the broadcast space, since NBC, ABC, CBS and Fox aren't allowed to air anything that could be considered indecent or profane until after 10 p.m.

Meanwhile, cable and streaming get a free pass because people are choosing to subscribe to those services.

All of this being said, it might be worth considering an Emmy format change-up if the show goes another year without honoring a broadcast show with one of the top awards.