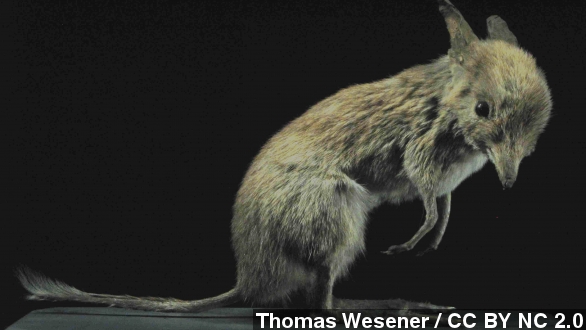 Australia may be known for its native mammals, like the koala or the kangaroo, but it's also apparently the best continent at driving those mammals to extinction. (Video via Youtube / KOALAS)

That's according to a survey that found Australia has lost more than 10 percent of its land mammals since Western settlement started some 200 years ago.

In all, 28 species have gone extinct since the first colony of New South Wales was established in 1788. For perspective, North America has lost only one land-dwelling mammal species since its colonization started, much earlier, although it has lost several subspecies.

Because Australia is remote and has been isolated from other continents for so long, it has a high number of endemic species, so when they go extinct in Australia, they're often gone altogether. (Video via Tourism Australia)

Beyond hunting and habitat loss, there are two main culprits of the extinctions, and they're both from the old country.

The first is the red fox, which settlers originally introduced for sport hunting and now has an estimated population of more than 7 million, and often preys on small mammals.

The second, and more familiar to U.S. viewers: the feral cat.

Cats are very good at killing small mammals such as rodents, and it's no coincidence that a large number of the mammals that have gone extinct fit that profile. (Video via PestSmart)

Free-ranging cats, both feral and domestic, are a big threat to wildlife the world over, with a separate study from two years ago, finding domestic felines alone kill as many as 4 billion birds and 22 billion mammals every year. (Video via BBC)

Although methods to control fox populations in Australia have seen some success, the researchers note no such solution has been found for feral cats. They wrote finding a way to control feral cats should be a conservation priority.

A separate study this year suggests dingoes could be a solution to the cat problem, although dingoes have also been cited as a cause for pre-Western settlement mammal extinctions. (Video via ABC Australia)