What's Changed In The 20 Years Of Animation At The Oscars 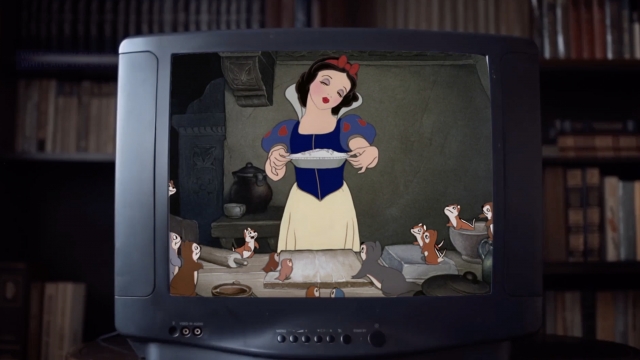 SMS
What's Changed In The 20 Years Of Animation At The Oscars
By Casey Mendoza
By Casey Mendoza
March 24, 2022
During the '90s, Hollywood started taking animated films more seriously, and the Oscars gave them a greater scale of regcognition.

This year marks the 20th anniversary of one of the most controversial categories of the Academy’s history — the Oscar for best animated feature. But the Oscars celebrated animated films decades before its official category was ever created.

In 1937, Disney’s “Snow White” became the first animated film to be nominated for an Oscar. It lost in the category of best original score, but three years later, the song “When You Wish Upon A Star” from “Pinocchio” won best original song.

Disney continued to find scattered success in the music categories, but then in 1992, “Beauty and the Beast” became the first — and one of only three — animated films to be nominated in the Academy’s top category: best picture.

It was during the 90s — dubbed the “Disney Renaissance” — that Hollywood began taking animation more seriously and animated films became more competitive at the Oscars.

Then in 2000, the Academy announced a new category for animation.

Some saw it as “a reflection of the growing acceptance of animation as a valid form of filmmaking.” Others saw it as a consolation prize and a way to separate animation from mainstream filmmaking.

Animated films could still compete in other categories, but only two more films — Pixar’s “Toy Story 3” and “Up” — broke into best picture.

Despite all of its influence, Disney ironically didn’t even win the very first Oscar for best animated feature. It was DreamWorks’ “Shrek” — the satirical “anti-Disney” film — that made filmmaking history.

Since then, Disney and Pixar have won the majority of the Oscars for best animated feature. Pixar has won 11.

Some critics and animators worry Disney’s domination “perpetuates the stereotype that animation is a children’s genre” rather than a “serious filmmaking craft,” but other recent nominees have broken that mold.

“Flee” is an animated documentary that tells the story of Afghan refugee Amin Nawabi. It uses animation to illustrate war and depict emotional trauma. The Danish-made movie made history this year as a nominee for best animated feature, international film and documentary.

“Flee” is competing against four children’s films — three of which are from Disney. But 20 years after the Oscar for animated film was first awarded, it’s starting more conversations about the greater potentials of animation.