How Mental Health Does And Does Not Relate To Mass Violence 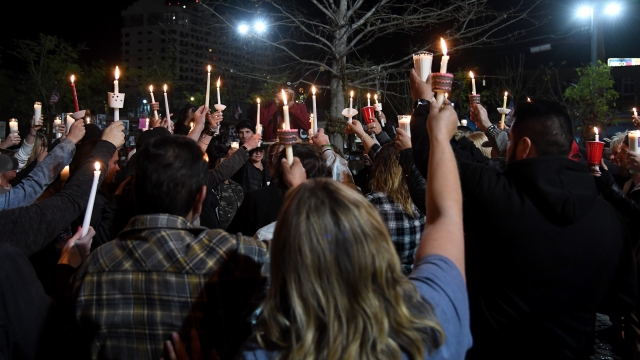 SMS
How Mental Health Does And Does Not Relate To Mass Violence
By Lindsey Theis
By Lindsey Theis
August 6, 2019
Mental health does not always affect the likelihood of mass shootings, but researchers say there are often traumatic experiences in shooters' pasts.
SHOW TRANSCRIPT

We still don’t know if mental health factored into the recent shootings in El Paso and Dayton. As a whole, researchers say mental health has mixed impacts on the likelihood and the extent of gun violence. A mental health diagnosis does not always make shootings more frequent or deadly, but there are still some commonalities between mental health and mass shootings worth considering.

Logan Yelderman is a social psychologist who has investigated these relationships. He told Newsy in the 102 mass shooter cases he studied, mental illness was reported to some extent in slightly over half of them (54.9%). About one-fourth of the shooters had spent time in a mental health facility or program (26.5%).

"What we found is there was no variation in violence for those who were diagnosed with a mental health issue or a mental illness. But for those who were not diagnosed, but it was suspected or mentioned – we found that that was an aggravating factor. In other words it was related to an increase in violence. And we did find violence by the number of total victims of both those who died and those who were injured. And the reason that we did that is because that was more comprehensive," he said.

Other research finds that about 60 percent of shooters who kill three or more people show "unspecified psychological distress," even if they do not meet the criteria for a formal mental health diagnosis.

One thing that's a little clearer to researchers is the vast majority of mass shooters experienced early childhood trauma and exposure to violence at a young age. Many also reached an identifiable crisis point in the weeks or months leading up to the shooting.

James Densley co-runs The Violence Project, a nonpartisan think tank dedicated to reducing violence in society and improving policy and practice through research and analysis. He suggests tighter control of media sites that validate violence, improved security and weapons control, and proactive responses to those in personal crisis. 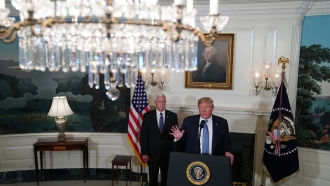 Trump Calls Out Violent Culture And Internet After 2 Mass Shootings

"We have to become much more attuned to the signs of a crisis and that's it's not just to prevent mass shootings. This is just to also be thinking about violence prevention more broadly. We know we're in the midst of a suicide epidemic in this country. A lot of people are hurting and struggling, at the moment. The other piece about this is, it always comes down to gun safety. And they're all I think simple measures that can be taken where the evidence suggests that they're not going to infringe upon the constitutional rights of law abiding Americans but they can at least slow down the access to weapons particularly for people who are in crisis," he said. 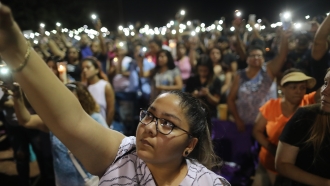