Red Tides Can Be Dangerous For Humans, Too 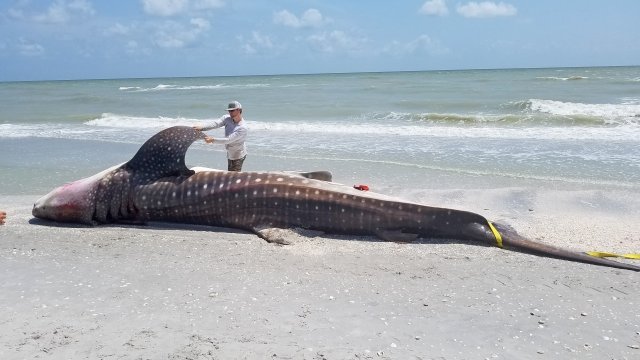 SMS
Red Tides Can Be Dangerous For Humans, Too
By Evan Thomas
By Evan Thomas
August 15, 2018
Ride tide has been worsening off Florida's west coast, leading to thousands of dead wildlife. Humans can also suffer mild health effects.
SHOW TRANSCRIPT

The algae blooms off Florida's west coast, also known as red tide, have been getting worse. And while it can be deadly for wildlife, humans are affected, too.

Blooms of algae — which may or may not be red — release a poisonous substance called brevetoxin. In humans, the health effects are usually mild and temporary. It can cause itching or burning irritation in the lungs, throat and eyes. Swimming in it can result in a rash. And if someone eats too much contaminated shellfish, they can get neurotoxic shellfish poisoning, which can include nausea, dizziness and partial paralysis. 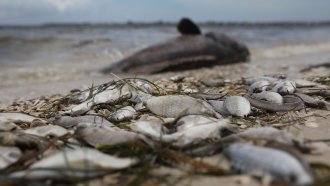 State Of Emergency Declared In Red Tide-Devastated Areas Of Florida

It's hard to say how long Florida's beaches will be affected. Blooms can stick around for weeks or even months, depending on the sunlight and nutrients available.

In the meantime, officials encourage beachgoers to steer clear of the water or to head inland or indoors if red tide is bothering their lungs.