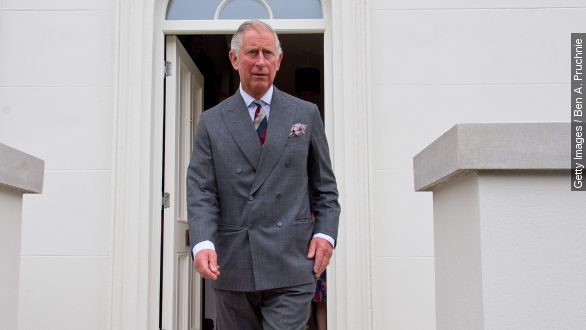 SMS
What Prince Charles' Private Letters Could Reveal
By Matt Moreno
By Matt Moreno
May 13, 2015
The 'black spider' memos contain private letters written between Charles and several branches of government between 2004 and 2005.
SHOW TRANSCRIPT

After a lengthy court battle, letters from Prince Charles are set to be made public Wednesday.

The so-called "black spider" letters are from March 2004 and September 2005 and will be released with some redactions. The move comes after a Freedom of Information Act request from The Guardian in 2005 and on-going 10 year courtroom battle over their release.

Supporters of the prince say he should be able to communicate privately and express his personal views as he pleases, though opponents argue the letters may reveal he's exploiting his position in the government.

The 27 black spider memos — named for Charles' handwriting — involve communication between the Prince of Wales and various other government departments. As for what they contain, it depends on who you ask.

Former Attorney General Dominic Grieve, who vetoed the original decision to release the documents, said they contain Charles' "particularly frank" views on public policy intervention and his "most deeply held personal views and beliefs" and could undermine his "position of political neutrality"

Former Deputy Prime Minister John Prescott has come out in support of the prince, releasing two letters in April between him and Charles. Those letters were written in 1999 and 2003 according to the Daily Mirror. Prescott said the letters "show he has nothing to hide and he shouldn’t be worried about publication."

Still, if we've learned anything from the release of Hillary Clinton and Jeb Bush's personal and private communication, the letters will almost certainly be embarrassing to a degree.

A spokesperson for the Royal family told The Guardian last month they're "disappointed" by the court's ruling.