What Can Other Cities Learn From Amazon And New York City's Breakup? 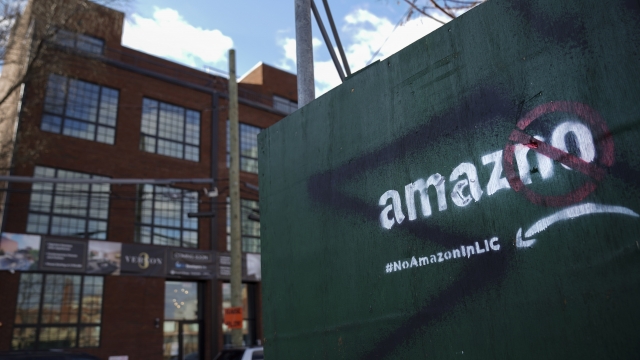 SMS
What Can Other Cities Learn From Amazon And New York City's Breakup?
By Cat Sandoval
By Cat Sandoval
February 20, 2019
A leader of the protest against Amazon's HQ2 in New York City says corporations should consider communities in their business decisions.
SHOW TRANSCRIPT

What can other cities learn from the Amazon and New York City breakup? Do not underestimate the power of a community, says one activist.

Maritza Silva-Farrell, Executive Director, ALIGN NY said: "One of the biggest lessons is that we proved to these corporations and we proved to elected officials who thought that this was a done deal, is that it's never a done deal — especially when communities are engaging those deals."

Amazon's split with New York City on Valentine's Day didn't come as a surprise to Maritza Silva-Farrell from Align New York. Her organization, along with other liberal and progressive groups, had been protesting the tech company's move to Long Island City.

She says the welfare of a community would have to be part of any Amazon deal. But she also says the one trillion dollar tech company left locals out of the negotiations. 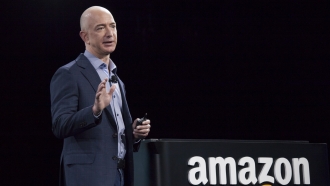 Silva-Farrell said: "Amazon started off negotiating with our governor, negotiating with a mayor in secret meetings without even consulting with the communities that were being impacted by this huge construction."

New York Sen. Michael Gianaris represents Long Island City. He says his constituents had concerns about rising housing costs, a lack of public transportation and school overcrowding that might get worse if Amazon came to town. But he said he was never consulted in the Amazon deal.

NY Sen. Michael Gianaris said: "What happened today is that the people of New York stood up, and an affected community raised their hands said, 'I had questions about this deal that we knew nothing about.' Instead of dealing with the questions in a responsible way, Amazon took its ball and left town."

And despite Amazon’s promise to bring 25,000-plus jobs to the area, some local leaders, including Gianaris and Silva-Farrell, didn't think the company should collect roughly $3 billion in city and state subsidies. 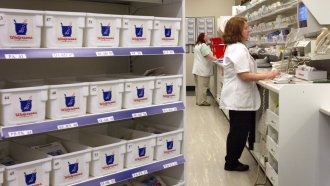 Microsoft, Walgreens Take Aim At Amazon And Team Up On Health Care

"Any negotiation has to come with our conditions, not with their conditions. We have to think about our cities as something sacred, and we cannot give it away."

In statement about its decision to cancel its New York plans, Amazon said: "... A number of state and local politicians have made it clear that they oppose our presence and will not work with us to build the type of relationships that are required to go forward."

Let's be clear: Not everyone was happy with Amazon leaving. Gov. Andrew Cuomo touted the high-paying jobs Amazon could bring, and he called the political opposition "governmental malpractice." Mayor Bill De Blasio, who helped negotiate the deal, was also disappointed at the turn of events.

Mayor Bill De Blasio: "They want a partnership, but the minute there were criticisms they walked away. What does that say to working people?"

A recent poll found that overall, New York state voters, which includes voters from across New York City, approved of Amazon's HQ2. But the majority of those polled don't live in Long Island City. The community resistance there highlighted problems like affordable housing and mass transportation that other communities may face when big companies move in.

Silva-Farrell said: "Don't just think that because money drives power, we have to take what they're giving us. Don't take crumbs. We can actually define the way in which we want our communities and our country to be today."