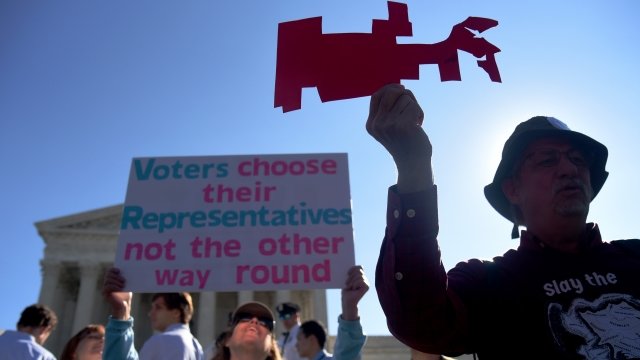 A federal court this week upended the midterm elections in one state, and perhaps with it, the nation.

"This could be real chaos for anyone involved in the campaign and elections," said Steven Billet, director of the masters in legislative affairs at the Graduate School of Political Management at George Washington University.

A panel of three federal judges ruled that North Carolina’s congressional map was unconstitutionally gerrymandered to give Republicans an unfair advantage. Republicans currently hold 10 of the state’s 13 congressional districts.

It’s possible the court will order a new map be drawn before the November election. That could prompt state officials to re-run primary elections on November 6, and run the general election at a later date.

"It’s causing complete and utter chaos, obviously, around the state because people who ran the first time and lost... In fact, I talked to a woman last night who lost in the Republican primary in a district down in south central North Carolina. She’s going to run again," Billet said.

And if that happens, it’s possible that we won’t know which party will have a majority in the House of Representatives on election night.

Stephen Spaulding, the chief of strategy and external affairs for Common Cause, one of the groups that brought the North Carolina case, says the chaos is worth it.

"Well we think voters should not be voting in unconstitutional districts, which is the state of play right now," Spaulding said.

State Republican leaders are appealing the decision to the Supreme Court in the hopes that it will issue a stay or suspend the ruling and maintain the current map. 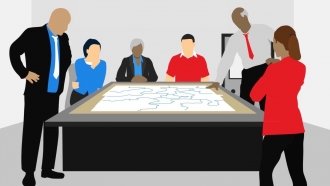 To Fix Gerrymandering, Lawmakers Might Need To Give Up Some Control

But the timing is tricky. Justice Anthony Kennedy has retired, and with only eight justices, it’s likely the decision will be split and the lower court ruling will stand.

Spaulding says this partisan gerrymandering case could be the one that the Supreme Court finally decides to weigh in on, and that could have implications for congressional maps across the country.

"We think partisan gerrymandering violates core democratic principles, but we have to figure out what the line is and we think this provides a perfect example given the record of what those who drew the current maps in North Carolina said, which is ‘Yes, absolutely we are doing this to advantage one party over another,'" Spaulding said.