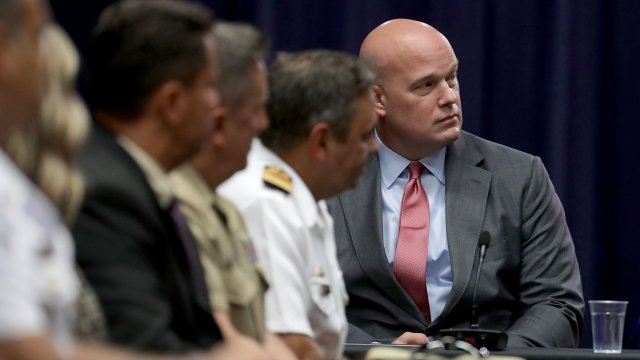 Jeff Sessions was forced out of the Department of Justice, and now his chief of staff is the acting attorney general.

Instead of deferring to the Department of Justice hierarchy, President Donald Trump picked Matthew Whitaker to temporarily lead the DOJ. And some political experts suspect that has a lot to do with the Russia investigation.

The DOJ's No. 2, Deputy Attorney General Rod Rosenstein, has been overseeing special counsel Robert Mueller. Trump has been clear about his disapproval of that probe.

Now Whitaker outranks Rosenstein, and because he has no reason to recuse himself like Sessions did, Whitaker is in charge of Mueller.

But that immediately raised concerns among some lawmakers because of Whitaker's past comments.

CNN published an op-ed by Whitaker in August 2017 titled, "Mueller's Investigation of Trump Is Going Too Far."

In it, he said he was deeply concerned about Mueller reportedly looking into Trump's finances. He wrote that he wanted Rosenstein to limit the scope of Mueller's investigation to only the Trump campaign and the Russian government.

But it's worth pointing out what Mueller's team has actually done. His office has filed charges in 10 separate cases. Four of them are overtly linked to Trump's 2016 presidential campaign or Russia. Of the other six cases, five have already resulted in a guilty plea or conviction.