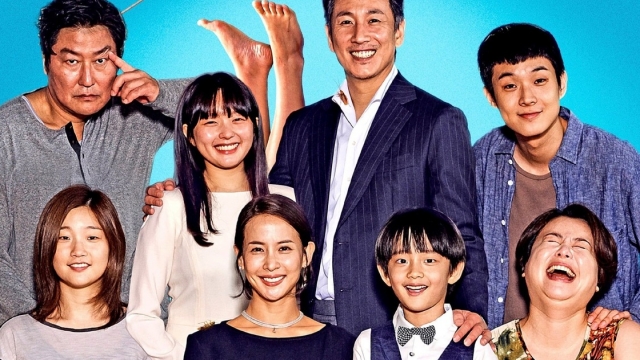 "I grew up watching foreign language films and learning so much from them and being inspired. Films like the 'Citizen Kane,' 'Jaws,' ... ."

"Once you overcome the one-inch tall barrier of subtitles, you will be introduced to so many more amazing films."

International and foreign-language films like Mexico's "Roma" and South Korea's "Parasite" have made major breakthroughs in the U.S.

But American awards ceremonies like the Golden Globes or the Oscars are still having trouble defining what "international" and "foreign-language" mean. We talked to Tom Nunan, lecturer at the UCLA School of Theater, FIlm and Television, to learn more.

The chairs of the Oscars' International Feature Film Committee said last year: "We have noted that the reference to 'Foreign' is outdated within the global filmmaking community."

As a result, the 2020 Academy Awards will be the first to honor the best "International Feature Film" instead of "Foreign Language Film."

It's worth noting, however, that the change is in name only — not rules. In order to qualify, international films still need to have a "predominantly non-English dialogue track."

["It is no more a secret that I have an interest in 'Lionheart.'"]

The lack of rule changes was a problem for Netflix's "Lionheart," Nigeria's first-ever submission to the Academy Awards. Roughly 80% of the film's dialogue is in the country's official language: English. And because of that, it was deemed ineligible for the academy's international film category.

A24's "The Farewell" faced the opposite situation this year. As an American production, it was ineligible for the academy's international film category. But because roughly 75% of the dialogue is in Mandarin, it did qualify for the Globes' foreign language category.

"The Farewell" is one of seven films from the U.S. to ever get nominated for the award, but filmmaker Lulu Wang told Deadline: "It makes you question, well, what does it mean to be American? What does it mean to be foreign? ... In many ways, I think that I'm closer identity-wise to maybe [Martin] Scorsese, who makes films about the Italian-American experience and the immigrant experience."

The answers to Wang's questions of what it means to be a foreign or American film get a little more lost in translation when you consider titles like "Inglourious Basterds." Less than half the film's dialogue is in English, and the rest is almost evenly split between French and German. The film was nominated for best picture at both the Oscars and Golden Globes.

Despite the inconsistencies, Wang said she's optimistic about the way "The Farewell" challenges "traditional boxes" of foreign language and international films. Going forward, Nunan says it could push for more diversity within the category itself.

"There's still such a huge variety of movies that are being made that are non-English-language films, non-domestic, that they may actually start to create subcategories within the broader category of foreign language or international. ... I do think overall, all of these award shows could benefit from diversifying via genre."