What Makes The U.S. So Invested In Cars? 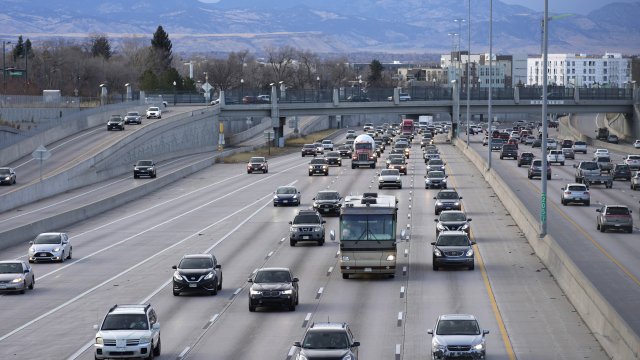 The Department of Transportation says as of 2019 there are 272 million privately owned vehicles in the U.S.

Keep in mind there are more cars than legal drivers. Only about 228 million people have licenses.

The DOT also says 91 percent of households have access to a car, and in 2015, Americans spent a whopping 84 billion hours driving.

But with trains, buses bikes and countless other modes of transportation, why are we so invested in a lifestyle that revolves around cars?

In 1913, Henry Ford created the first-ever assembly line. Back then, it took 12 hours to build a Model T.  Ford shortened that to an hour and a half.

For just a few hundred dollars, any American could trade in their horse and buggy for the revolutionary motorcar.

Over the next decade, Ford rolled out 10 million cars, trying mostly to appeal to the nation’s farmers as a way to navigate rural landscapes.

Just a few years after Ford unveiled his assembly line, President Woodrow Wilson signed a new legislation that allowed the U.S. to urbanize, as the government expanded roads and highways. Competition among automakers boomed.

Growing families fueled the demand for cars, which were now a necessity to commute back and forth from city jobs and entertainment.

And a new culture began to thrive.

In 1956, construction began on the $25 billion interstate highway system.

Thousands of miles of new roads branched deeper into the U.S., allowing more accessibility to the country than ever before.

But our obsession with cars created new problems like traffic accidents, labor fights, and pollution.

And our economy is heavily reliant on keeping our car-dependence alive, leading to a new era of high-tech cars that address environmental and safety concerns.