What Makes The James Holmes Trial So Rare 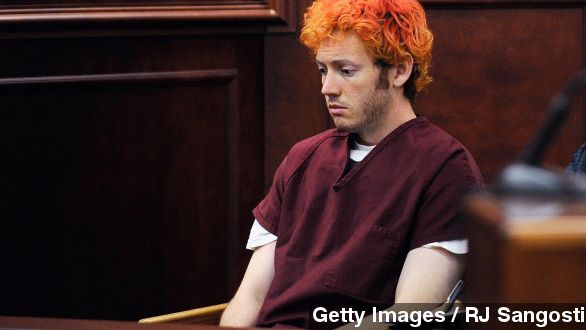 SMS
What Makes The James Holmes Trial So Rare
By Cliff Judy
By Cliff Judy
January 19, 2015
James Holmes' attorneys won't contest he was the shooter at the Denver-area premiere of "The Dark Knight Rises." From there, the trial gets complex.
SHOW TRANSCRIPT

James Holmes' trial, set to begin Tuesday with jury selection, is surprisingly simple and complex at the same time.

Simple in that Holmes' defense attorneys won't try to sell jurors on the idea he didn't kill 12 people and injure 70 others in a mass shooting at a theater more than two years ago. (Video via KMGH)

They've already admitted he entered a Denver-area theater on the opening night of "The Dark Knight Rises" and opened fire. (Video via KMGH)

The trial is expected to be incredibly complex in how the judge and jury consider Holmes, a rare mass shooter who survived to see his trial. In 2013, his attorneys offered to have Holmes plead guilty and serve life in prison with no chance at parole.

But during an April 2013 hearing, the DA for Arapahoe County refused to drop the death penalty option.

The DA told the courtroom, "For James Eagan Holmes, justice is death."

"Give me a front-row ticket," Bryan Beard, whose friend died in the shootings, told CNN. "I want to be there. Why? He took my good friend from this earth."

Holmes' attorneys have entered a plea of not guilty by reason of insanity, and his mental stability was a major focus of the media coverage surrounding the theater shootings ever since he appeared dazed as he sat in a courtroom for his first appearance in July 2012.

Just last month, Holmes' parents wrote a letter first published in The Denver Post pleading for him to be spared the death penalty.

They wrote: "He is not a monster. He is a human being gripped by a severe mental illness."

With 9,000 summons issued, the jury pool for Holmes' trial is being called one of the largest in U.S. history. The process of filling out jury questionnaires and whittling the pool down to 12 jurors and 12 alternates is expected to take several months before lawyers even get to opening statements.