What LeBron James' 'Decision' To Opt Out Actually Means 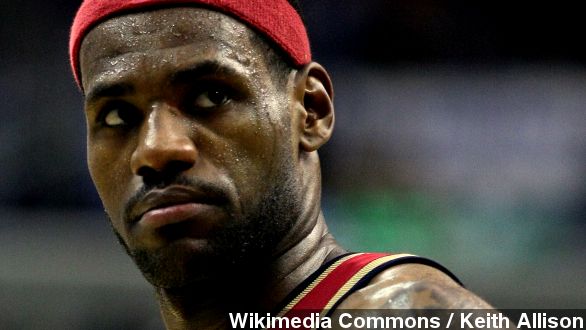 SMS
What LeBron James' 'Decision' To Opt Out Actually Means

By Jamal Andress
June 24, 2014
Now that LeBron James has opted out of his contract, will it be bidding season again for King James?
SHOW TRANSCRIPT

For all the people who hate LeBron James, almost all of them will tell you it has something to do with this: (Via Flickr / Keith Allison)

"I'm taking my talents to South Beach." (Via ESPN)

The phrase and the decision finally ended the long, arduous summer of LeBron James' free agency. Now it appears LeBron is, in fact, exercising his early termination option, meaning many fans are excited and/or worried that this summer will be just as hectic.

And the first line of this Washington Post article reads, "And so begins another Summer of LeBron."

But before we all give a collective sigh to nonstop free agency madness from LeBron James again, nine-time NBA champion Pat Riley has a not-so-subtle message for the Big Three:

"I think everyone needs to get a grip. ... This stuff is hard, and you've got to stay together if you got the guts — and you don't find the first door and run out of it." (Via WSVN)

Riley went on to say the Miami Heat need to retool, not rebuild, and that may require not only James opting out of his contract but Dwyane Wade and Chris Bosh doing so as well. (Via Livestrong )

Both Dwyane Wade and Chris Bosh have the same early termination clauses they can exercise from their 2010 contracts, and as NBA sports writer Howard Beck points out, the "Big 3 opting out gives Heat cap flexibility they need to upgrade roster. If none opted out, no cap room." (Via Twitter / @HowardBeck)

Since LeBron "took his talents to South Beach" in 2010, the Miami Heat have played in every finals since, winning back-to-back titles in 2012 and 2013 and losing in 2011 to the Dallas Mavericks and also in 2014 to the San Antonio Spurs.