What Latin America Can Learn From Guatemala 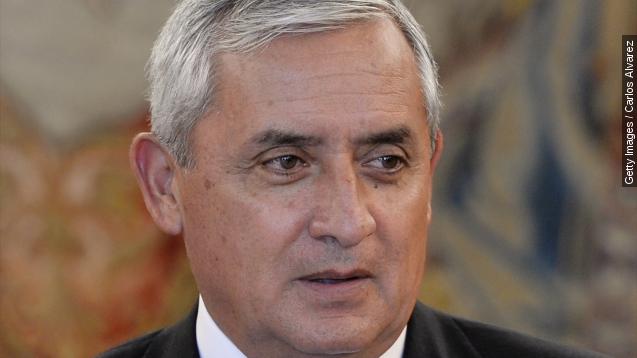 But, in Guatemala, there might be a light at the end of the tunnel.

After thousands peacefully protested for months in the streets of Guatemala City, former Vice President Roxana Baldetti and former president Otto Pérez Molina were arrested and charged for running a ring dubbed "La Línea," which defrauded the country's customs to the tune of millions of dollars. (Videos via Prensa Libre, Ministerio Público, Univision)

But can Guatemala's victory set an example for other countries facing corrupt governments?

While protests in Mexico against corrupt police officers have mostly been violent, other countries like Honduras have had peaceful protests for months and have yet seen change. (Videos via Daily Mail, RT)

Now, Guatemala is an isolated case. There already was an independent commission in place to weed out corruption from its government — a luxury other countries do not have. (Video via Soy502)

In order to assign an independent commission to investigate allegations like in Guatemala, there has to be a referendum and possible constitutional reform, meaning it would take several years for an investigation to even begin. (Video via Canal 11)

The commission investigating Guatemala's government found evidence in the form of emails, documents and recordings linking Pérez Molina and Baldetti to corruption. Lack of evidence is another reason why other countries have their hands tied.

But while the courts continue their investigation, there is no sign of evidence that Rousseff received any bribes, making an impeachment incredibly difficult.  (Video via Universo Online)

Still, having an independent commission and evidence isn't always enough. Officials, such as the Attorney General, must also be willing to carry out charges and build a case independently.

In Mexico, President Enrique Peña Nieto's efforts to advance his anti-corruption agenda has stalled this year because of a series of scandals. Peña Nieto was accused of allegedly making real estate deals with major government contractors involving his wife and the finance minister. Mexico's Secretary of Public Function cleared all parties of any wrong-doing, however many were wary of the investigation in the first place given the secretary was appointed by Peña Nieto himself.

Meanwhile, facing dismal approval ratings, Peña Nieto recently addressed the nation with positive words. "This past year has been difficult for Mexico. We are going to go forward committed to the law, justice, respect of human rights and the integrity of the public service. In Mexico, democracy advances."

The rising disenchantment with government in Latin America is not limited to just these countries, and Latin America isn't the only region that faces high levels of corruption.

According to a 2014 report by Transparency International, a coalition against corruption, out of 175 countries, not one country got a score of 100 for zero corruption. Norway topped the index with a score of 92, and Somalia was tied with North Korea as the most corrupt.