If You Want To Live On Mars, Be Prepared To Build Your Own Society 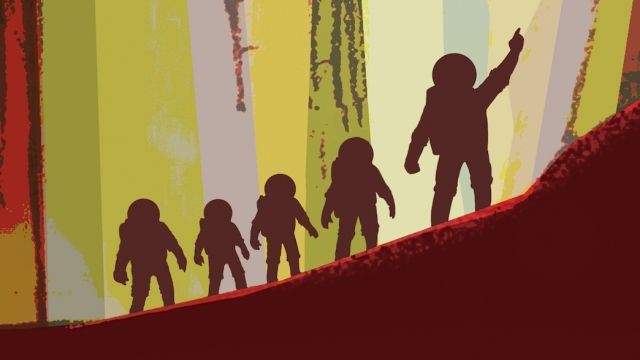 SMS
If You Want To Live On Mars, Be Prepared To Build Your Own Society
By Evan Thomas
By Evan Thomas
September 28, 2016
A settlement more than 60 million miles from Earth would have to sustain its own government and economy.
SHOW TRANSCRIPT

We've now heard Elon Musk's plan for setting up a permanent colony on Mars. At more than 60 million miles from Earth, such a settlement is going to have to be its own functioning society. So how will it handle things like property rights, government and the economy?

The rules will probably change once people start living on Mars, but for now, we have a starting point: the United Nations' Outer Space Treaty.

No Mars colonist will own the ground they stand on, regardless of who launches the first colony ships. Articles I and II of the treaty say celestial objects — including Mars — are "the province of all mankind" and aren't subject to public or private ownership.

The Outer Space Treaty also says nations are responsible for the spacecraft they launch. Since NASA is a U.S. government agency and SpaceX is a U.S. company, the habitats they build would be subject to U.S. law.

How the colony would be governed is less clear. If NASA sends the first colonists, they'll probably be considered a mission crew taking orders from Houston, at least at first.

Musk, on the other hand, hopes a SpaceX colony would have more independence.

"I think most likely the form of government on Mars would be direct democracy," Musk said at a June conference.

How the economy would work is also still up in the air. Again, if NASA is in charge of the first settlers, they'll most likely be a crew sharing a set number of resources.

Musk talks about a much more free-market system.

"Iron foundries to pizza joints to you name it. ... Mars would have a labor shortage for a long time," Musk said when he announced plans for SpaceX's colony rocket. "Jobs would not be in short supply."

But it's not clear whether there will even be money, and if so what kind. There's at least one group here on Earth trying to start up a bitcoin-style cryptocurrency.

In either case, while there will be plenty for scientists to do on Mars, the main jobs for a colony would be mining resources and growing food.

There are also Mars-specific problems Earth societies haven't dealt with before. One think tank is working on a bill of space rights, which lists, among other things, the right to oxygen. We might also add a right to radiation shielding to that list.

There may only be a few years to iron out these rules. While NASA doesn't expect to start manned missions to Mars until the 2030s, SpaceX's more ambitious timeline calls for the first colony to launch as early as 2022.