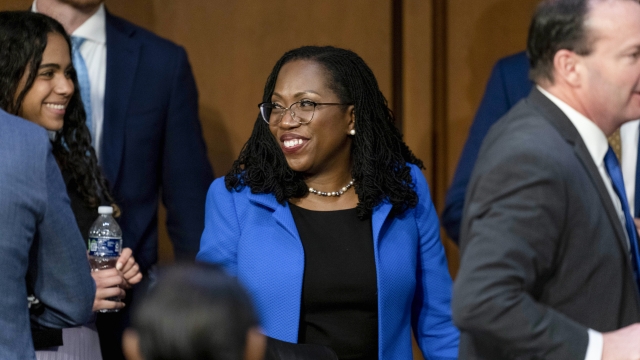 Judge Ketanji Brown Jackson is the first Black woman ever nominated to the Supreme Court. While there are few official criteria to become a justice, Newsy found that the unofficial criteria boxed out every other potential nominee — except her.

"People who went to a small number of schools, who clerked for a relatively small elite group of justices or judges who served on, you know, some of the more elite courts of appeals... there are other people out there, but Ketanji Angie Brown Jackson meets all of that criteria and then some," Cashin said.

Cashin was just the second Black woman to serve as a Supreme Court clerk — a common step on the path to becoming a justice.

"What you do is you help prepare the judge for each case, so it's an awesome responsibility," Cashin said. "It's quite a responsibility, and it's a lot of work."

It's also a coveted opportunity — one that many don’t have access to. If you’re a Black woman, that chance is even smaller.

Jackson graduated law school in 1996. That year, Black women made up 5% of college graduates and 4% of law graduates.

But in 1999 when she clerked for Justice Stephen Breyer — the retiring justice whose seat she may fill — she was the only Black woman out of 35 clerks.

And while more Black women graduated law school in recent years, they still made up only about 3% of SCOTUS clerks, with over 90% of clerks having gone to just 10 schools.

"It's very, very much based on networks and relationships," Cashin said.

About 45 active federal judges are Black women, and Presidents Obama and Biden appointed more than 30 of them — including Ketanji Brown Jackson.

But Jackson is still the only Black woman actively serving on the federal court bench who has also served as a clerk on the Supreme Court.

Sephora Gray is one of Cashin’s law students. She’s following Judge Jackson’s model — with a district court clerkship when she graduates in May. Gray is also editor-in-chief of her law review.

But even with all that, Gray says she still struggled at law school because of her background.

"Black women have to be twice as good in order to get the same as anybody else," Gray said. "I need to make up for the things that I didn't have before that other people may have been born with."

But Cashin worries as more Black women meet the shifting criteria for the highest court, in some ways the pipeline has narrowed over her career, and the goal posts have moved.

"Because of how politicized the nomination process has gotten. Presidents have narrowed, you know, the type of person they're willing to pick," Cashin said.

The pipelines producing that “type of person” are still mostly White.

Even so, Gray says she’s inspired by Jackson’s nomination as she launches her career.

"It's one thing, I think, to dream it," Gray said. "But it's, I think, something completely different to actually concretely be able to see someone there. She's there, she did it. I can do it too."