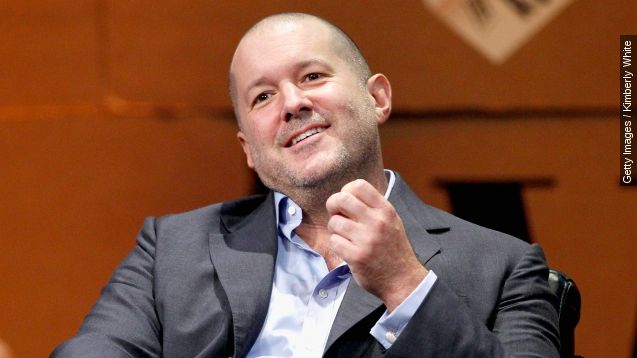 SMS
What Jony Ive's CDO Promotion Means For Apple
By Mikah Sargent
By Mikah Sargent
May 26, 2015
Designer Sir Jony Ive has been promoted to the newly created position of Chief Design Officer at Apple.
SHOW TRANSCRIPT

Apple's prolific industrial designer, Sir Jony Ive, is taking a trip up the corporate ladder — to a position created just for him.

English comedian Stephen Fry, a friend of Ive, revealed the designer's promotion in a newly penned article for The Telegraph. "Until now, Ive’s job title has been Senior Vice President of Design. But I can reveal that he has just been promoted and is now Apple’s Chief Design Officer." (Video via The Oxford Union)

Ive has worked at Apple for more than two decades; in that time, the 48-year-old industrial designer has been instrumental in the creation of many of Apple's devices, including: the iMac, iPhone, iPad and the company's latest product, the Apple Watch. (Video via Apple)

9to5Mac snagged a company memo from CEO Tim Cook, which reveals the newly promoted CDO's responsibilities. He will still oversee all of Apple's design work — both in software and hardware — but will no longer deal with day-to-day managerial duties. (Video via Vanity Fair)

A writer for TechCrunch notes Ive "has sometimes been uncomfortable with the administrative side of business," so the role change should alleviate that discomfort.

Ive will also be able to spend more time traveling; given how Ive in a New Yorker profile described himself as "'deeply, deeply tired,' and 'always anxious,'" time away from the Cupertino campus could be just what the doctor ordered.

In the memo Cook said, "Jony is one of the most talented and accomplished designers of his generation, with an astonishing 5000 design and utility patents to his name. His new role is a reflection of the scope of work he has been doing at Apple for some time." (Video via The Wall Street Journal)

The change in ranks will allow Ive to focus solely on design, like that of Apple's upcoming headquarters, Apple Campus 2 and Apple's growing list of global retail stores. (Video via YouTube / MyithZ)

"Design as a function is absolutely central to business."
The promotion is good news for those who are enthusiastic about Apple's various devices. Ive will be in charge of "new ideas and future initiatives." (Video via YouTube / Design Council)

This video includes images from Getty Images and Apple, and music from Profi 70s by Pierlo / CC BY 3.0.