What It Cost To Send The Obamas On A Holiday Vacation 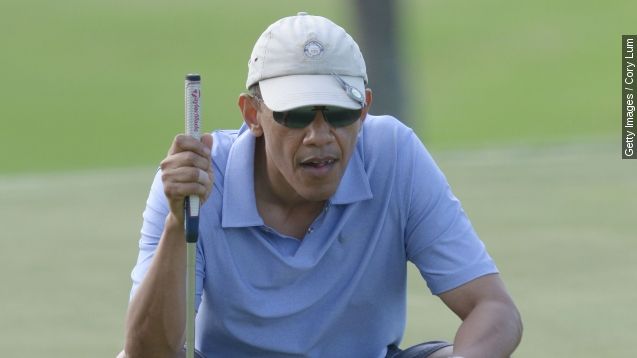 By Ben Lawson
December 30, 2015
When the leader of the free world takes his family on vacation, it isn't cheap. A new report details one of Barack Obama's holiday trips.
SHOW TRANSCRIPT

The first family's Christmas vacation to Hawaii in 2013 may have cost about $8 million. Of that total, at least $316,000 was for the Secret Service.

That's according to documents obtained by the right-leaning watchdog group, Judicial Watch. The Obamas spent 17 days in Hawaii between December 2013 and January 2014.

But the real cost is from Air Force One. It takes over $210,000 per hour to operate the plane, and the Hawaii trip took 36.9 hours of flight. That adds up to more than $7.7 million dollars.

It's hard to tell for sure how Obama's vacation compares to the costs of others presidents' vacations. We can compare the amount of time spent on vacations among presidents, though. (Video via The White House)