What Is The Independent State Legislature Theory? 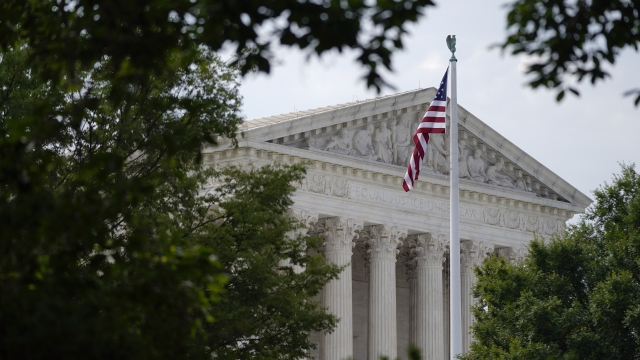 The U.S. Supreme Court is set to hear a case that could have major implications on election laws nationwide.

The case comes from North Carolina. State courts there invalidated the new legislature-drawn congressional map, saying the partisan gerrymandering went too far. The map was revised, but the state Supreme Court rejected that one too and instead implemented court-drawn district lines for the 2022 midterms.

"The Independent State Legislature theory rests on the idea that there are two provisions in the US Constitution, the elections clause and the electors clause, that essentially give state legislatures the power to regulate federal elections,” said Amy Howe, the co-founder of SCOTUSblog.

"Any backstop in the state constitution to protect democracy, to protect free elections, would just not apply when it comes to, not just congressional redistricting, but anything to do with federal elections," said Shapiro.

In this scenario, state lawmakers would have unchecked control over federal elections.

Experts say there are two recent Supreme Court rulings that addressed similar questions and could come into play — one is from 2015. In that case, Arizona state lawmakers made a similar argument and said the state’s independent redistricting commission violated the U.S. Constitution because they argued only the legislature has the power to draw new district lines.

"The Supreme Court, by a vote of five to four, rejected that argument and said, when the Constitution refers to the legislature, it's just not simply referring to the legislative body," said Howe.

The other opinion came down in 2019. In that case, the justices said federal courts have no role to play in partisan gerrymandering discussions.

If the justices side with the North Carolina lawmakers, both those precedents could be overturned, and that could have a wide-reaching impact on longstanding election procedures across the country.

"All kinds of other regulations might be affected. Things like voter registration, polling places, just the most basic stuff about how elections operate. To the extent that that's in statutes, legislatures could decide they want to do something different with respect to federal elections, even if it violates the state constitution," said Shapiro.

This case is not on the court’s argument schedule for October or November. The earliest the court could hear arguments is December. A final opinion could come any time before the term ends in June 2023.