The History Of Campaign Financing 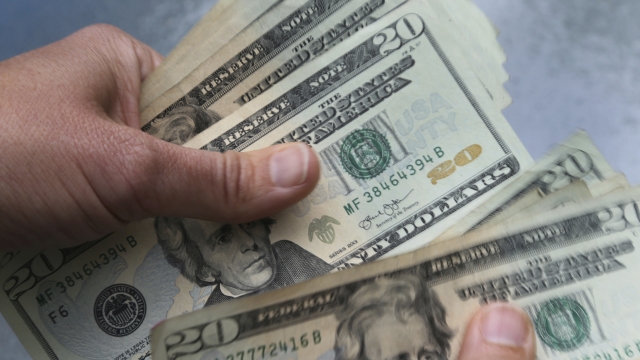 How do candidates finance their increasingly expensive election campaigns?

Yard signs, bumper stickers and TV ads are all signs of an upcoming election and they all cost money — lots of it. Money in political campaigns is a story as old as America itself.

In 1755 George Washington lost an election in North America's first legislative assembly. In the next go-round, he spent about $195 on punch and hard cider for potential voters, and he won.

The newly elected state legislature noticed money coming into campaigns and soon passed a law prohibiting candidates "or any persons on their behalf" from giving voters "money, meat, drink, entertainment or provision or any present, gift, reward or entertainment, etc. in order to be elected."

But that law didn't solve the issue. Cash continued to flow into campaigns, which sparked new attempts to control it.

Then in the mid-1940s Congress tried to ban labor union contributions to candidates. This resulted in the creation of Political Action Committees, or PACs. The Congress of Industrial Organizations is recognized as the nation's first PAC.

The 1954 tax law known as the Johnson Amendment is meant to temper just how much religion and politics collide, but it doesn't bar all intersections.

In 1943, union members voluntarily donated money to the CIO which was then doled out to President Franklin D. Roosevelt's campaign. He won his fourth term in office. At the time there were no limits on how much people and PACs could donate. That changed in the 1970s. The Federal Election Campaign Act, or FECA, laid out disclosure requirements for contributions and spending.

Three years later, it was amended in the wake of Watergate and the revelation of major campaign finance violations. A redefined FECA set limits on spending and contributions.

Challenges to the law spurred the 1976 Supreme Court case Buckley vs. Valeo. The court decided while contributions from individuals could be limited, groups or candidates can't be limited under the First Amendment.

Over three decades later a majority of justices relied on those arguments for their decision in the landmark case: Citizens United vs. FEC.

The court struck down century-old restrictions and gave corporations the same freedoms of political speech as everyone else.

The decision, in part, sparked the rise of super PACs. They can take in as much money as they want. That's because they don't give money directly to the candidate. Instead, they spend the money on behalf of the candidate. In this election cycle alone, according to the nonprofit group Opensecrets, super PACs have received more than $1.6 billion in donations.

Candidates  have come a long way from the days of wooing voters with $195 of flowing cider. With billions pouring into elections today, the spout never shuts off — and all of it is perfectly legal.