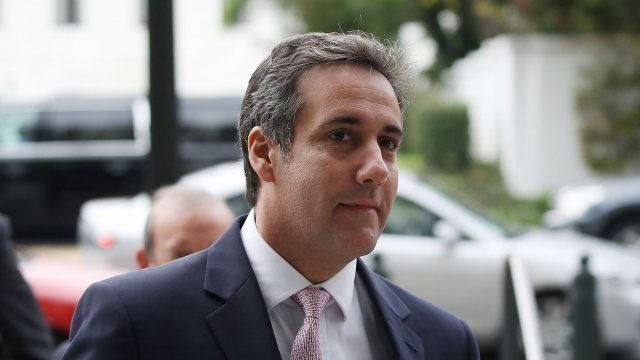 President Donald Trump's personal lawyer's home, office and hotel room were raided by the FBI Monday, and the president isn't too happy about it.

But is it? Attorney-client privilege can only cover so much, especially if investigators believe there's evidence of criminal activity.

There's a crime-fraud exception to attorney-client privilege. And that exception could apply if investigators think a client is trying to use the privilege to get an attorney to help commit or cover up a crime or fraud.

A strict set of rules must be followed in order to get a warrant to search a lawyer's home or office. So investigators had to take extra steps and precautions to avoid violating attorney-client privilege.

According to the U.S. Attorneys' Manual, there are six steps prosecutors have to follow to get a warrant to search an attorney's home or office. They must:

1. Look for other alternatives, like issuing a subpoena so the attorney brings prosecutors the pertinent documents.

3. Consult with the criminal division of the department.

4. Put procedures in place to ensure no attorney-client privilege is broken.

5. Draw up a very specific search warrant that limits the need to look at privileged material.

6. Set up procedures for how seized material will be reviewed.

It's not clear what the FBI was looking for during the raid, but multiple outlets report it had something to do with the payment to adult film star Stephanie Clifford.