What Is Boxing Day, Anyway? 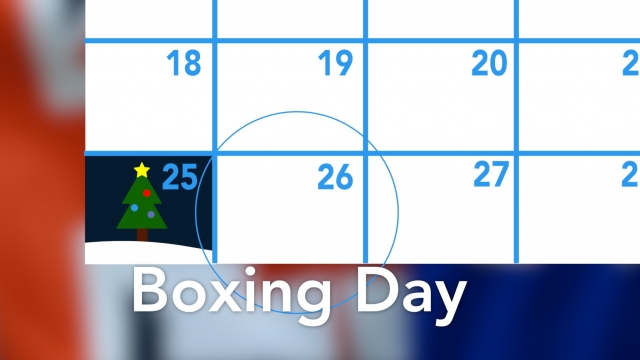 The day after Christmas usually isn't a holiday in the United States.

But in the United Kingdom, Canada and several other Commonwealth countries, the first weekday after Christmas is a holiday: Boxing Day.

The Republic of Ireland observes the day as St. Stephen's Day.

So, what exactly is Boxing Day?

Nowadays, it's basically an extra day off spent with family and friends, food, drinks and soccer.

It's also become a popular day to hit the stores.

Boxing Day used to be a popular day to go fox hunting. But Parliament threw a wrench into that in 2004 when it passed the Hunting Act, which limited the use of dogs in hunting foxes and other wild mammals.

Some people, including the British royal family, still use the day to hunt primarily birds.

The holiday's roots can be traced back centuries, but there's debate over how it got its name.

One theory is that it comes from churches' annual practice of opening their collection boxes and distributing money to the poor.

Another idea is that the holiday got its name from the practice of giving employees boxes of small gifts or leftover food from Christmas dinner. Employees at estates typically served families on Christmas, leaving them to celebrate with their families the day after the holiday.