What India Wants With US Tech Companies 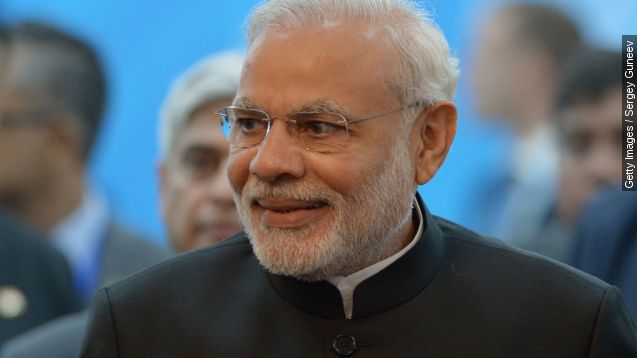 It's a big deal when Indian Prime Minister Narendra Modi visits the U.S. Last year, for example, he sold out Madison Square Garden. And now all eyes are on Modi's tour through the West Coast and Silicon Valley. (Video via Narendra Modi)

During this week's visit, Modi is meeting with a collection of tech leaders from the likes of Google, Apple and Tesla, and stopping in for a town hall chat with Facebook's Mark Zuckerberg. (Video via Google, Facebook)

Everyone stands to gain: India is on track to clear half a billion Internet users by 2017, making it the second-largest national market for a lot of these companies, behind China.

And for India, this is a chance to link its burgeoning startup scene with that of Silicon Valley: be that via investment from tech titans, or through the high concentrations of Indian expats working for these companies. (Video via Narendra Modi)

More cooperation could help India's tech industry get past its own speed bumps. For example: Facebook-headed Internet.org has run into net neutrality backlash there, even though India doesn't have any laws on the books that regulate Internet access that way. (Video via Internet.org)

And despite the high Internet user counts, India's infrastructure could use improvement. Coverage is patchy, unreliable, and among the slowest in the world.

In the meantime, Modi is keeping track of his meetings on Twitter. His discussion with Mark Zuckerberg will stream at 12:30 eastern time on Facebook's website.