What Will Happen When One Of The Brightest Stars In The Sky Explodes? 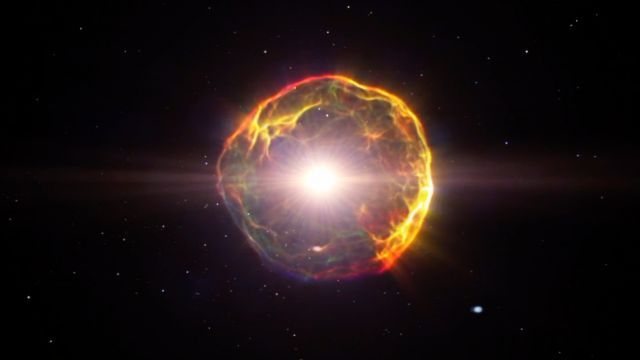 SMS
What Will Happen When One Of The Brightest Stars In The Sky Explodes?
By Evan Thomas
By Evan Thomas
November 3, 2016
Betelgeuse is one of the most impressive stars in the night sky, but it's really, really far away.
SHOW TRANSCRIPT

Betelgeuse, in the constellation Orion, is one of easiest stars to spot in the night sky. It's bright, it's enormous and it could explode at basically any time.

As stars go, it's on its last legs. Astronomers aren't sure how much longer it has. It could go supernova tomorrow or 100,000 years from now.

It's nothing to panic about, despite the headlines you might have read about exploding stars damaging the planet or outshining our own sun.

The shock wave will be so huge, it could reach our solar system, but it'll have to travel 640 light years to get here. By that time, it'll be so weak, it will basically bounce off the solar wind that our sun emits. It won't even reach Earth.

And it won't outshine the sun, but it will get a lot brighter. It will be like having a second full moon in the sky — for several months.