What Happens When African Gov'ts Don't Manage Their Parks 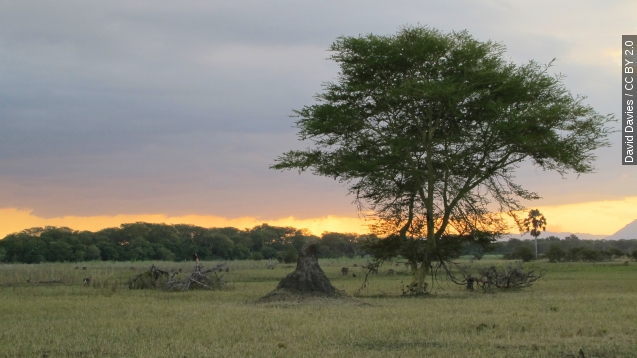 What happens when African governments don't manage their parks?

"There is intense outrage online and around the world tonight, directed at an American hunter who killed a beloved and well-known lion in Africa," NBC's Lester Holt read.

The killing of Cecil the lion put global scrutiny on African conservation. But it's a complicated subject.

The parks are located mainly in some of Africa's poorest countries, like Rwanda, Malawi, the Central African Republic and the Democratic Republic of the Congo.

Based in South Africa, African Parks advertises its "business approach to the management of protected areas." In that respect, it seems to be doing well, landing a partnership with Taylor Swift for revenues from her controversial "Wildest Dreams" video. (Video via African Parks, Big Machine Records / Taylor Swift)

But that business-oriented approach has come in for some criticism, when it comes to benefiting local communities.

In Congo, for example, the Congolese Human Rights Observatory argues African Park's agreement with the government prevents significant revenue from going to villages in the park and gives AP the right to sell carbon found in the park. (Video via European Commission)

That clashes with one of modern conservation's big goals: using conservation to generate wealth on a local level for those living in and around conservation areas.

Still, it's hard to argue these parks aren't better off under AP's management, especially when you look at other parks in poor countries that aren't.

Madagascar's endangered lemurs, for example, are under threat because the country's crushing poverty means some locals rely on bush meat to avoid starving. (Video via BBC, National Geographic)

And managing that interaction — between park animals and the people who live near them — is hard, even for professionals like African Parks.

Just this month, seven people in or near Malawi's Liwonde National Park, AP's newest acquisition, have been killed by animals from the park.

This video includes images from Getty Image and music from Birocratic / CC BY 3.0