What Happens To Video Games That Mimic Real-Life Violence 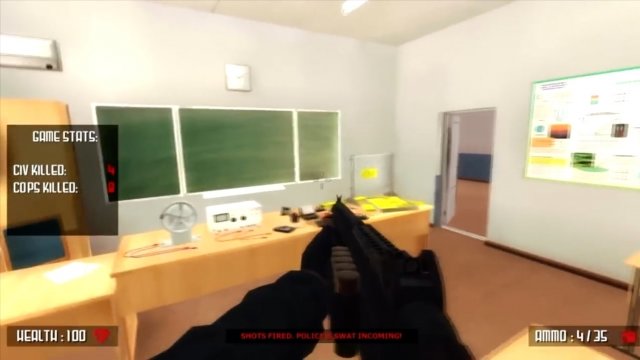 SMS
What Happens To Video Games That Mimic Real-Life Violence
By Casey Mendoza
By Casey Mendoza
June 5, 2018
"Active Shooter" is one of many video games to see controversy for its violent content — but many of them are still sold on gaming retailers.
SHOW TRANSCRIPT

Some violent video games take their cues from real-world carnage — and the results can be pretty controversial.

One recent example is "Active Shooter," a game about school shootings that gives players the option of playing as the shooters themselves. It was pulled from online game retailer Steam after facing strong criticism from the families of mass shooting victims.

But despite that backlash, the game could still be released as a free download. Its developer told PC Magazine he was considering releasing the game online with the "shooter's role" left in. He added that he doesn't mean to promote violence and compared "Active Shooter" to other games on the market. 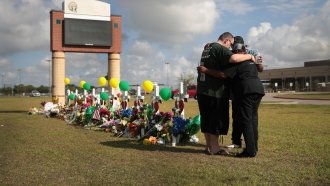 These games include the Counter-Strike franchise, which gives players the option to play as terrorists; or "Call of Duty: Modern Warfare 2," which includes an optional mission allowing players to carry out a shooting on a civilian-dense airport as part of a terrorist attack.

Beyond mainstream developers, smaller indie games like "Postal" and "Hatred" have received similar scrutiny for their heavy, almost genocidal, levels of violence.

Paste Magazine referred to those two games as examples of "for-profit controversy" — or titles that benefit from the attention of criticism. "Postal" was criticized as a poorly constructed game but garnered a lot of attention after it was labeled a public safety threat. That attention made it successful enough to get two sequels and a 2016 remake.

These days, however, controversial violence tends to be a less profitable tactic. Most of those games either get kicked off of gaming marketplaces like "Active Shooter" did or just fade into obscurity. After the release of "Hatred" in 2015, one critic noted that "being shocking and offensive is no longer considered ground breaking."