What Gives President Trump The Power To Strike A Syrian Air Base? 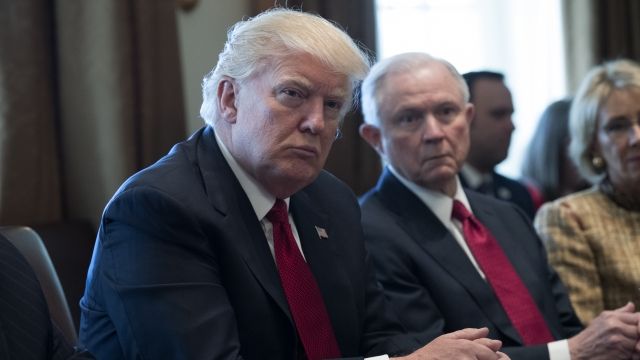 President Donald Trump had 59 Tomahawk missiles fired at a Syrian air base Thursday without congressional approval. Now, many people are asking: Does a president have the authorization to do that?

Let's hop back a few years. In 2015, former President Barack Obama ordered a series of strikes in Syria without congressional approval.

His justification was the "Authorization for Use of Military Force," passed in 2001 after the 9/11 terror attacks.

It gives the president power to use force against any nation, persons or organizations involved in the 2001 terror attacks, which would include Al-Qaeda.

The Obama administration argued strike authorizations — without Congress' approval — were justified because ISIS branched off Al-Qaeda in Iraq. 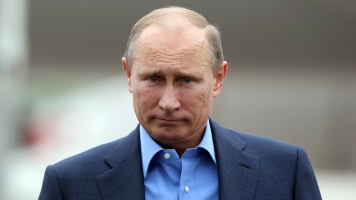 But Trump ordered the most recent strikes in response to what his administration says was a chemical weapons attack the Syrian government ordered against civilians early this week.

And attacking a Syrian military base — not ISIS — wouldn't fall under the guidelines of that 2001 law.

Some members of Congress were told about the recent strikes before they happened. An official told The Associated Press the Constitution lets the president use that kind of force if it's in the national interest, which Trump says it was.

Obama called for a similar response against the Syrian government after a chemical attack in 2013 but ultimately didn't authorize any such strikes without congressional approval.

Several members of Congress, including some Republicans, have spoken out against the strikes and said Trump should get approval from the legislative branch.