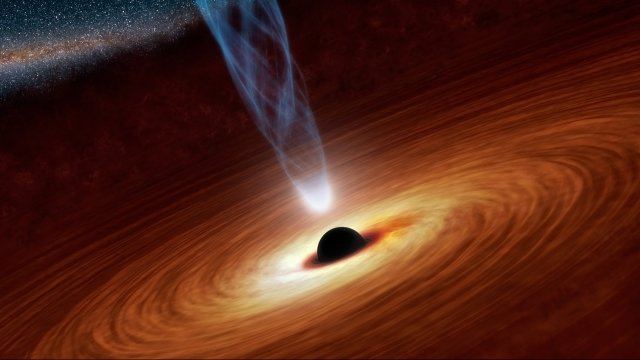 Scientists have a few theories.

Most of today's scientists agree the universe as we know it started with the Big Bang. But one question still puzzles experts: What happened before that?

But with Albert Einstein's proposed theory of relativity and the rise of quantum mechanics, new ideas began sprouting up everywhere.

Cosmologists Sean Carroll and Alan Guth proposed one theory known as Two-Headed Time. This is similar to the infinite cosmos idea, except the Big Bang happened in the middle.

According to the theory, a distorted mirror of our universe contracted until 14 billion years ago when it eventually reached its minimum size. Then the Big Bang happened, and our universe has been expanding ever since.

From the International Space Station to experiencing zero gravity, these commercial companies have you covered.

Other physicists have suggested we live in a multiverse, in which our universe sprouted from a parent universe and could be one of many.

Another theory is our universe could be the output of a black hole in another universe: The black hole attracts matter, which gushes out a hole at the other end and gives birth to our universe.

Others propose what's known as the Big Bounce. The idea here is one universe collapsed inward and then bounced back to make an entirely different one.

But perhaps there was nothing before the Big Bang, not even time itself. This is the most widely accepted theory, with some well-known supporters, like cosmologists Alexander Vilenkin and Stephen Hawking.

Scientists currently don't have a way to test any of these proposals; today's telescopes can't even see as far back as the Big Bang, let alone what came before it.

Physicists hope within the next few decades, any of these theories or one that's yet-to-be-discovered might finally help explain how the universe began.