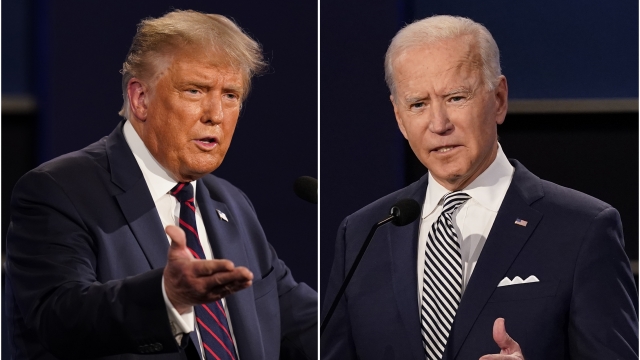 SMS
What Early Voting Numbers Tell Us About The 2020 Election
By Shira Tarlo
By Shira Tarlo
October 27, 2020
With a week until Election Day, over 67 million Americans have already voted, breaking the record for early voting set in 2016.
SHOW TRANSCRIPT

With still one week to go until Election Day, Americans have already shattered 2016 early vote numbers.

"People are voting in massive numbers, so despite everything, I don't see this as an election where the outcome is going to be affected by vote suppression so much as by enormous voter turnout," said Paul Smith, vice president for litigation at the Campaign Legal Center and professor at Georgetown Law School.

Most states expanded their early voting options due to the pandemic, and and Democrats are outvoting Republicans in the initial balloting.

The totals have Democrats hopeful, but what it means for the state of the race is far from clear.

Only 19 states publicly report the party ID of those requesting ballots, but party registration doesn't tell the full story. Not every registered Republican votes for President Trump, nor every Democrat for Joe Biden.

And Republicans have been preparing themselves for the Democrats' early-voting advantage, especially as President Trump has repeatedly claimed, without evidence, that mail ballots are fraudulent.

"A lot of the rhetoric we've been hearing may be making people worried but we still have in place all of the structure and protections that have been used for decades and centuries to have a fair outcome of the process," Smith said.

Both parties expect a surge of Republicans to vote in-person on Election Day and chip away at the Democrats' lead.

How states tally the in-person vs. pre-Election Day votes could lead to dramatic swings in key states. That has the Biden campaign worried the president will prematurely declare victory and argue the large number of mail ballots yet to be counted by Election Night are invalid.