What Does Pres. Biden's Big Oil Release Mean For You? 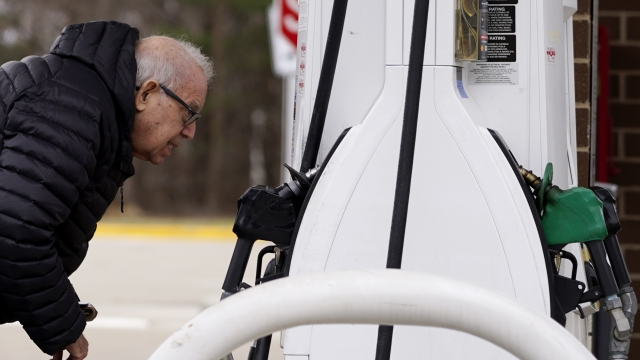 SMS
What Does Pres. Biden's Big Oil Release Mean For You?
By James Packard
By James Packard
March 31, 2022
Pres. Biden is releasing oil from supply reserves amid high gas prices, but the changes won't happen overnight at the pump.
SHOW TRANSCRIPT

President Biden is loosening the tap on America's oil supply, announcing he's authorizing the release of 1 million barrels per day for the next six months.

It's an unprecedented release from strategic reserves and a move to combat the financial pinch many Americans are finding themselves in.

The national average for a gallon of gas is now $4.23.

In California, where the governor is pushing a stimulus payment to drivers, it's almost $6.

But how long until drivers see relief at the pump, and how much impact are we actually talking about?

In other words, don't expect a big correction overnight.

But over weeks, or months, prices might dip and stabilize as the industry adjusts to a temporary new normal.

Potential gas tax holidays could help, too, but even that has limitations.

“The con is that the oil companies do not necessarily pass that on to the consumer," said Speaker of the House Nancy Pelosi.

Now, President Biden is touting long-term independence from Russian oil and warning gas companies against price gouging amid the release for profit.

"I know gas prices are painful, I get it," President Biden said. "My plan is going to help ease that pain today and safeguard against tomorrow."